Episode 385: The Warmest Room in the House

Email thisShare on FacebookShare on TwitterPin it!Share on Tumblr
Listen: The Warmest Room in the House
51:10 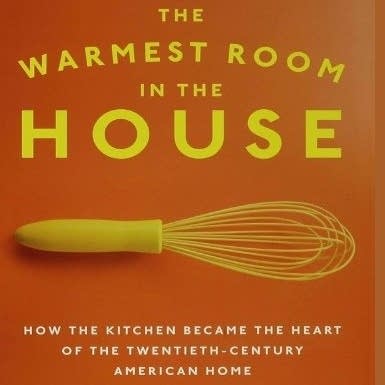 This week it's a look at the American kitchen—from the sanitized scientific outpost of yesteryear to today's family-oriented center of cherry cabinets, granite countertops and culinary toys galore. Our guest is Steven Gdula, author of The Warmest Room in the House: How the Kitchen Became the Heart of the Twentieth-Century American Home. Who but the Sterns would have found a snack cake worth a journey? It's the Twinkie of Michael's dreams at Bette's Oceanview Diner in Berkeley, California.

Wine expert Joshua Wesson is back and he's talking Grüner Veltliner, the centerpiece of Austria's wine industry. Greg Patent tells how he tracked the great recipes of America's immigrant families while researching his latest book A Baker's Odyssey. He shares a recipe for Fatayar, a Lebanese lamb and onion pie.

Professor of German Chris Wickham fills us in on Food in the Arts, a symposium of academics from around the world at the University of Texas at San Antonio. We'll hear the story of New Orleans jazz man Kermit Ruffins and his band called the BBQ Swingers, and Lynne shares the seafood websites that keep her in the loop about environmental and health concerns and fish that's okay to eat.