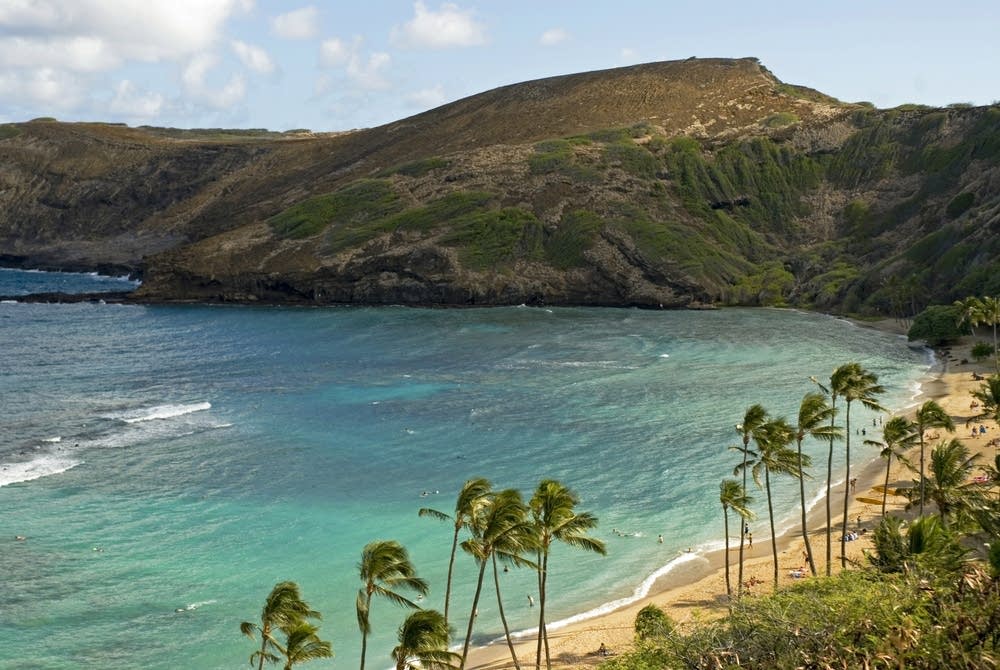 Famed chef Alan Wong gets us started with a short history lesson, laying out the role immigrants played in the origins of island foods. Then we're off on a whirlwind tour around the island of Oahu, sharing ideas for where to eat and where to shop along the way. We'll talk the local food revolution with farmer Dean Okimoto, visit the Honolulu Fish Auction, tour Chinatown with Joan Namkoong, author of Food Lover's Guide to Honolulu, and stop for shrimp and shave ice on Oahu's north shore.

Keona Mark tells how a native organization is taking taro beyond the infamous poi, and we'll eat from high to low. Along the way we gathered recipes to share, including Hamakua Springs Tomato, Beet and Avocado Salad from the legendary Alan Wong's Restaurant, and a Korean Marinade from Yummy Korean Barbecue in Honolulu's Makai Market.