Email thisShare on FacebookShare on TwitterPin it!Share on Tumblr
Listen: Cradle of Flavor
53:36 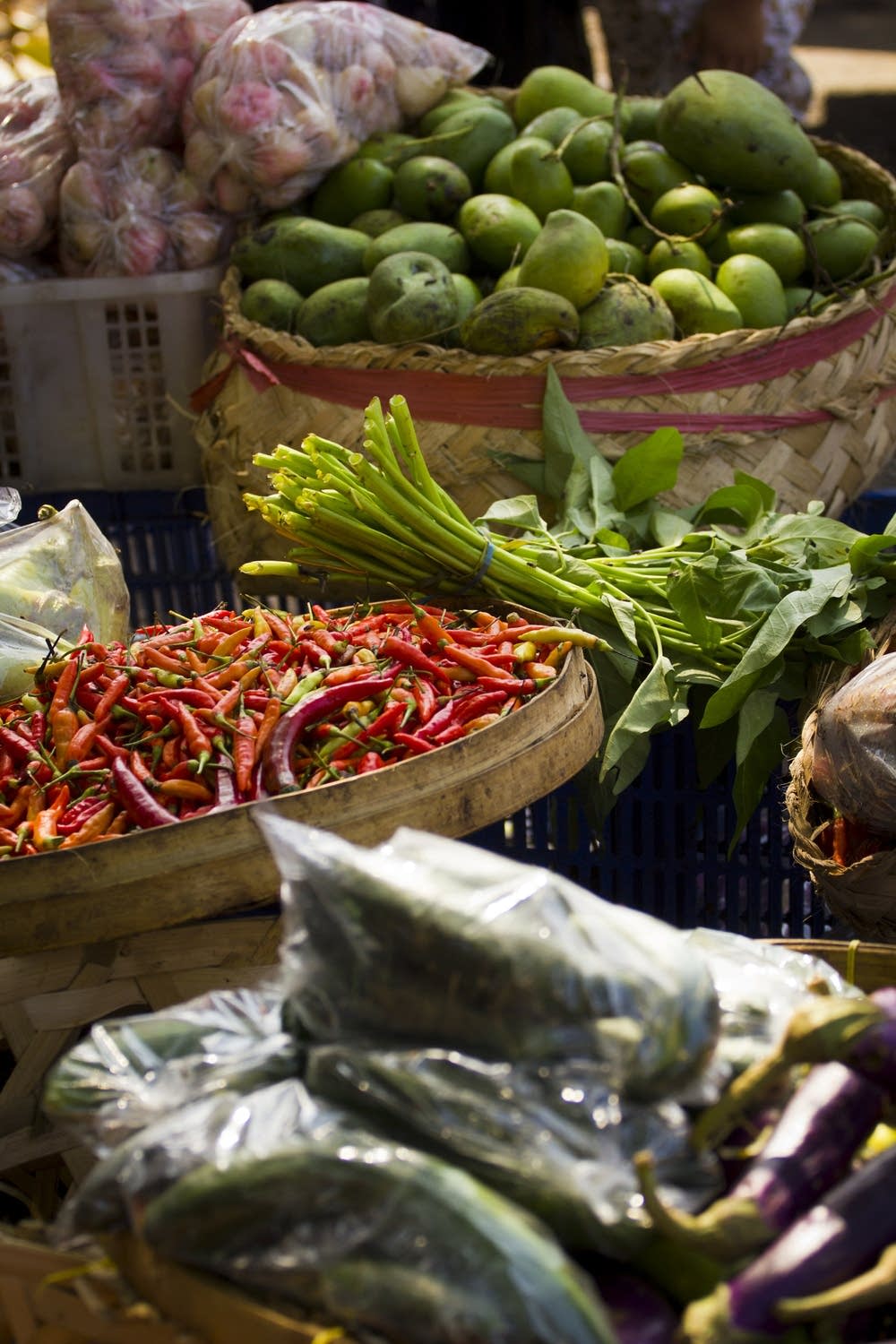 When our guest, Saveur magazine executive editor James Oseland, was 19, he spent a summer in Indonesia. He returned home but his heart and appetite stayed behind. After 23 years of exploring the region, James has written Cradle of Flavor: Home Cooking from the Spice Islands of Indonesia, Malaysia, and Singapore. He joins us for a look at an enchanting cuisine and a world of new flavors and traditions. The recipe for Beef Rendang is from his new book.

Extra crispy fried chicken has Jane and Michael Stern clucking at Price's Chicken Coop in Charlotte, North Carolina. Wine maverick Josh Wesson claims boxed wines rock and so do ones in cans! He shares his picks. Dorie Greenspan brings us a baking pro's prime secret: goodies you never knew you could make ahead and freeze. Cocoa-Buttermilk Birthday Cake comes from Dorie's latest must-have book, Baking: From My Home to Yours. Joanna Pruess, author of Seduced by Bacon: Recipes & Lore About America's Favorite Indulgence, reviews the lush new bacons showing up in the market and shares an intriguing recipe for Pecan-Brown Sugar and Bacon Ice Cream.

Seth Kugel reports on the New York City Pushcart Awards. He writes the "Weekend in New York" column for The New York Times and is co-author of Nueve York: The Complete Guide to Latino Life in the Five Boroughs.