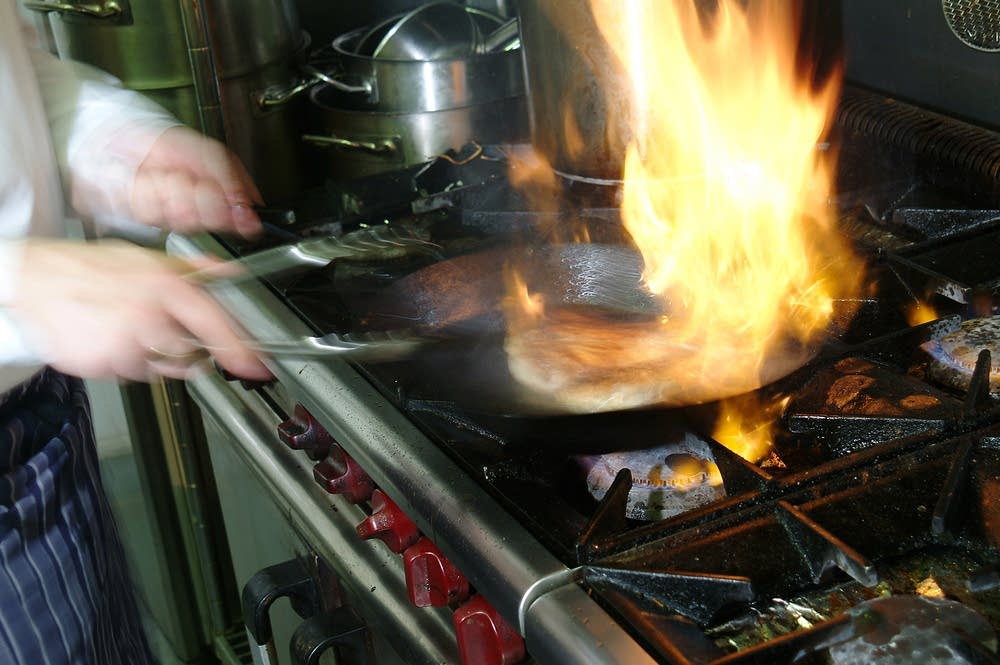 Why would a successful New York magazine editor willingly take six months off to become a slave in a restaurant kitchen? Our guest, Bill Buford, editor of The New Yorker, answers that question in Heat: An Amateur's Adventures As Kitchen Slave, Line Cook, Pasta Maker, and Apprentice to a Dante-Quoting Butcher in Tuscany.

The Sterns are on Boston's north shore eating the local favorite, roast beef sandwiches, at Nick's Famous Roast Beef in Beverly. Lynne keeps to the sandwich theme by sharing her recipe for Last of the Tomatoes Commemorative Sandwich. Forget the rusty grill and a rickety table! Designer Deborah Krasner stops by with the latest in outdoor kitchens. Is this the next "must have" on foodies' wish list?

We're day tripping from Austin Texas with Gerald McLeod and his One Tank Wonders. Think pie happy hour and a German beer garden. The high priestess of Television Without Pity stops by with her take on the new season in food TV. Matt Richtel reports on McDonald's attempt to use drive-through order takers located in India; and, as always, the phone lines will be open for your calls.