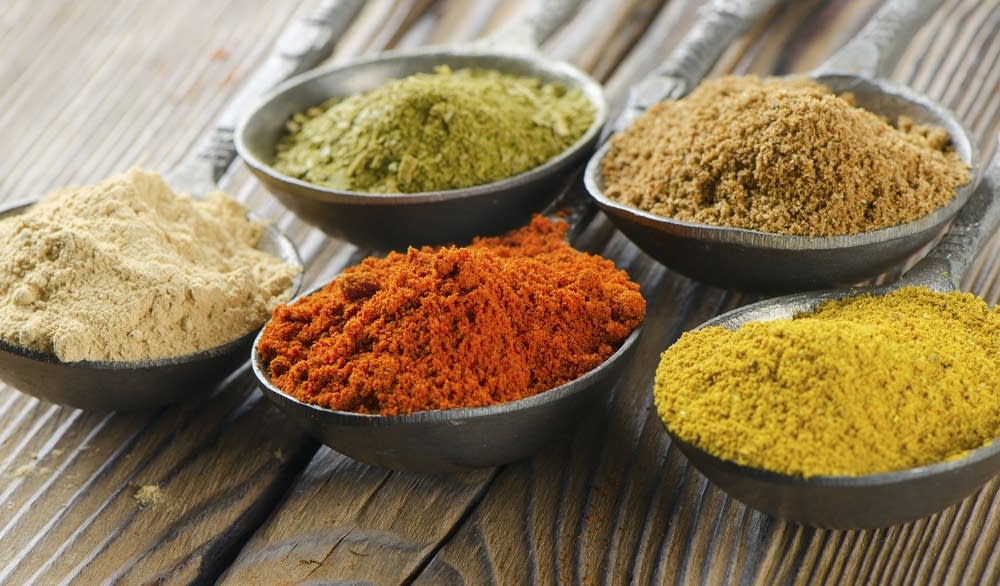 This week Lizzie Collingham, author of Curry: A Tale of Cook's and Conquerors, joins us for a look at the history of India through its curries. She says the most popular ones each tell a different story of a significant outside influence. It's a fascinating take on how a world-class cuisine came into being. The recipe for Vindaloo is from Lizzie's book.

The Sterns are at Clementine in Los Angeles where they're swooning over the grilled cheese sandwiches and a banana cream pie that's to die for. We have new wine roads to travel in California with Wine Spectator columnist Matt Kramer. Celebrity Chef Charlie Palmer marked one Father's Day by taking his two sons into the kitchen of his multi-starred restaurant for a peek. They've been prepping the veggies ever since. Writer and Public Radio producer David Welch has the story.

Los Angeles Times writer Charles Perry has the scoop on bitters and a Prom Dress, the latest thing in the $20 cocktail genre. Lynne shares a grill recipe for Black Pepper-Honey Steak, and in the second half of the show the phone lines are open for your calls.