Email thisShare on FacebookShare on TwitterPin it!Share on Tumblr
Listen: The Insatiable Critic
00:00 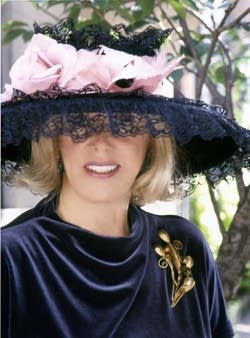 She's sensual, iconoclastic, and hungry. In the late 1960's she blew the lid off stuffy food writing with her restaurant reviews for New York, the smartest magazine in town. She's Gael Green, a critic like no other and the woman who led the pack in a dining revolution. Gael joins us this week to share memories from her new autobiography, Insatiable: Tales from a Life of Delicious Excess. The recipe for Danish Meat Loaf is from the book.

For the Sterns it's classics with a Texas twist at Houston's Avalon Diner. The pharmacy lunch counter is a favorite genre for our dining duo and the setting soothes Jane's hypochondria! It's a rhubarb revelation for our favorite improviser, Sally Schneider. She says discoveries happen when you let yourself go in the kitchen. Her recipe for Rhubarb Confit with Rhubarb Syrup for Improvising is quintessential springtime fare.

Kai Ryssdal, host of Marketplace and a former resident of China, talks going back after ten years and eating in the new China. Are our kitchens making us fat? Some architects claim they are! We'll take a look at the latest patsy for our weight woes. A new exhibition at the Cooper-Hewitt museum in New York City takes a look at feeding desire, and Lynne shares a favorite springtime recipe, Roasted Asparagus and Spring Potato Salad.