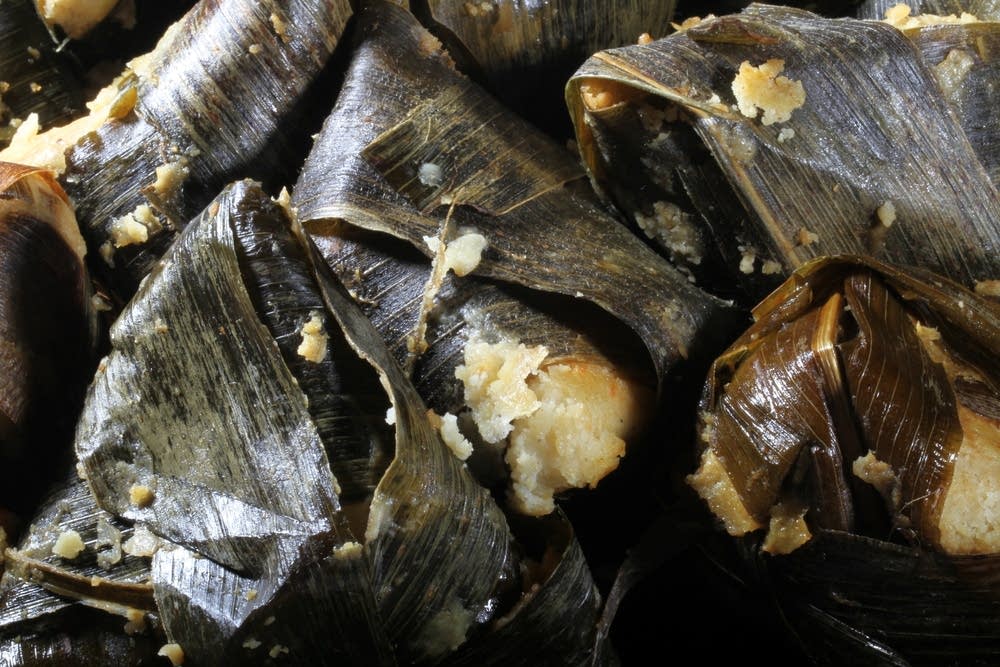 Imagine Mexico without tacos or tamales. Imagine Mexican intellectuals trying to eliminate corn from the country where it was born. History professor Jeffrey Pilcher, author of Que Vivan Los Tamales: Food and the Making of Mexican Identity, joins us this week for a look at a national identity crisis.

The Sterns tuck into a weird-but-delicious chow mein sandwich at Evelyn's Drive-In in Tiverton, Rhode Island. Seattle's famed Herbfarm chef Jerry Traunfeld returns to the show to talk the next herb in the spotlight: shiso. His recipe for Shiso Crab Cocktail is from his latest book, The Herbal Kitchen: Cooking with Fragrance and Flavor.

Gourmet magazine's John Willoughby reports on the best place in the world for a protein high: the meat palaces of Argentina. His article appears in the May 2006 issue of Gourmet. When famed restaurateur Mario Batali took his chefs to Italy for five days of non-stop eating and research, dining morphed into hard work. Bob Sloan, author of The Tailgating Cookbook: Recipes for the Big Game reads an excerpt from the article "Mario's Excellent Adventure: 5 Days in Bologna, 62 Courses" which appeared in the April 2006 issue of Gourmet.