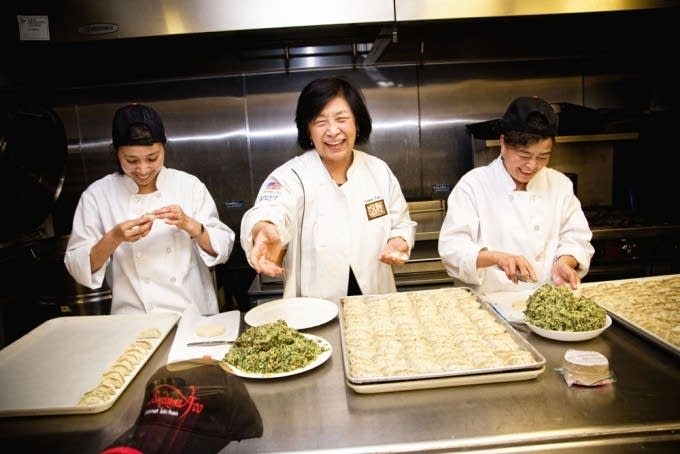 At the White River Fish Market in Tulsa the Sterns prove that great fresh fish in the middle of the Great Plains isn't an oxymoron. Josh Wesson has the dirt on biodynamic wines. It's the new wave in winemaking that's all about stewardship of the land and environmentally aware production practices.

We'll meet David Ansel, a guy with a big pot and a bike named Old Yellow who became the Soup Peddler of Austin. He leaves us his recipe for Bouktouf from his new book, The Soup Peddler's Slow & Difficult Soups: Recipes and Reveries.

Stump the Cook is back! The popular segment from a few years back has Lynne trying to turn five things from your fridge into a great dinner dish. Who will win? Jim Leverentz, owner of Leeners, talks things fermented and preserved, and Lynne takes your calls.