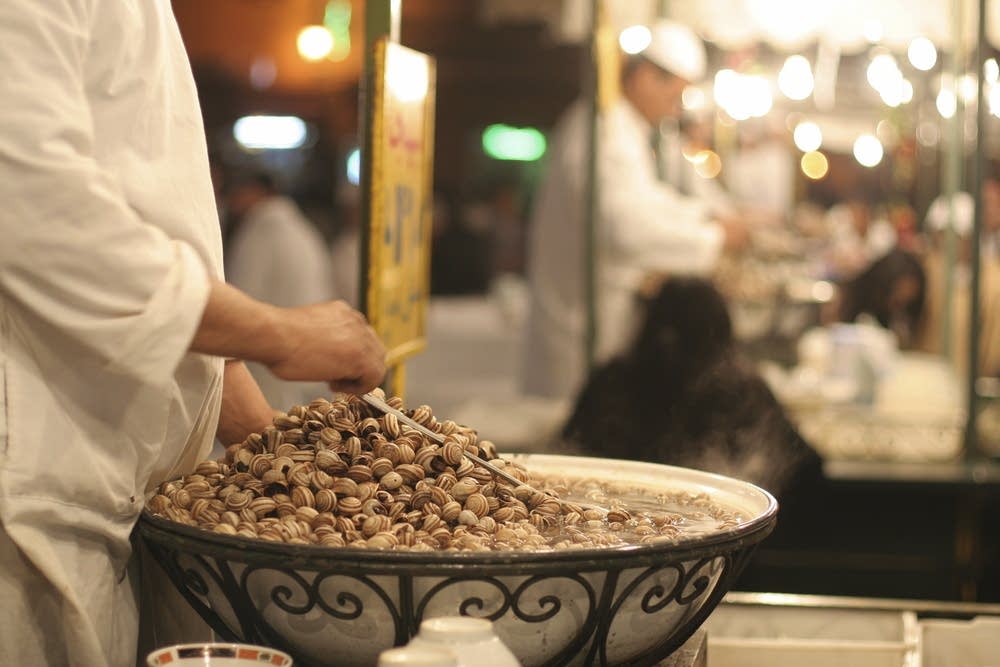 Have you ever wondered what food pros want to eat when they travel? Gourmet magazine's John Willoughby says it's street food. He joins us this week with his picks of the cities with prime eats, along with safety tips for eating from street food carts. A recipe for Watermelon with Fennel Salt comes from the May 2005 issue of Gourmet.

The Sterns are in summer Nirvana, tucking into lobster rolls at Red's Eats in Wiscasset, Maine. Wine guy Josh Wesson talks Hungarian wines. He thinks they're the next big thing. A chef for the Tour de France takes us into the kitchen mid-race for a look at what's involved in feeding the bodies and the psyches of fierce world-class competitors.

We have the story behind an award-winning new Web site about Crying While Eating, and, as always, Lynne takes your calls.