Email thisShare on FacebookShare on TwitterPin it!Share on Tumblr
Listen: On Rue Tatin
00:00 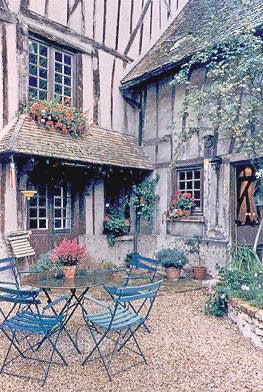 This week it's a look at one woman's dream job: buy a French farmhouse, renovate, and pay for it by opening a cooking school. Our guest, Susan Herrmann Loomis, is living the dream and the reality. Susan's recipe for Melon and Lime Parfait is just right for summer. It's from her latest book, Cooking at Home on Rue Tatin.

For the Sterns it's classic Jewish fare a little west of the Hudson. They report from DZ Atkin's Deli in San Diego.

Reputed pizza maven Ed Levine, author of Pizza: A Slice of Heaven: The Ultimate Guide and Companion, reveals the results of his frozen pizza taste tests.

Chef Bob Perry tells the story behind the extraordinary food served in the dining rooms of the Kentucky Department of Parks, and Lynne takes your calls.