Email thisShare on FacebookShare on TwitterPin it!Share on Tumblr
Listen: The Perfectionist
00:00 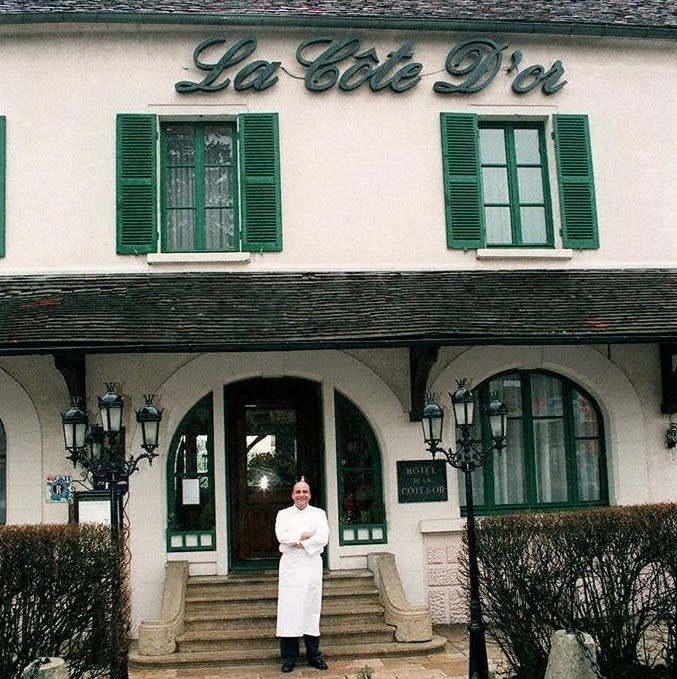 This week it's a look at life and death in haute cuisine. Guest Rudolph Chelminski takes us into the world of French restaurant culture, where one star can literally change lives. His book, The Perfectionist: Life and Death in Haute Cuisine, tracks the life and suicide of master chef Bernard Loiseau, who committed suicide in 2003 when he heard rumors that his restaurant would lose its ranking in a leading dining guide.

For the Sterns it's the best Lemon Ice Box Pie in the country and excellent people watching at Silver Skillet in Atlanta. Keeping to the theme, Lynne shares her recipe for Stirred Lemon Ice Cream.

Steve Jenkins thinks female cheesemakers are the best, especially when it comes to goat and sheep cheeses. He reveals his favorites.

Dave Lieberman, the new kid at the Food Network, talks being young and hungry and on a budget. His recipe for Potato-Chip-Crusted Salmon is from his book, Young and Hungry: More Than 100 Recipes for Cooking Fresh and Affordable Food for Everyone.

Salvage Sister Kathleen Hackett recycles junk into the kitchen and encourages us to do the same. She is a co-author of The Salvage Sisters: Guide to Finding Style in the Street and Inspiration in the Attic. We have the scoop on the Smithsonian Folklife Festival in Washington, and the phone lines will be open for your calls.