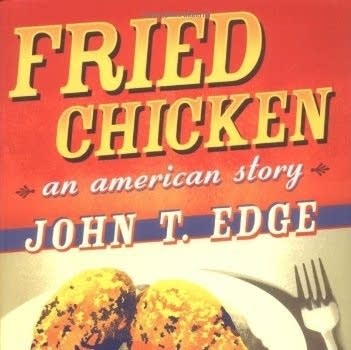 John T. Edge, Southern food and culture historian and director of the Southern Foodways Alliance, joins us this week and he's talking fried chicken. His recipe for Sweet Tea Fried Chicken is from his book Fried Chicken, An American Story.

The Sterns report in from Putz's Creamy Whip, an old-fashioned custard stand in Cincinnati, Ohio.

The Washington Post's T. R. Reid, author of The United States of Europe, was in the enviable position of being sent to Japan to research an article for Entrée magazine, a Neiman Marcus publication. He was told to eat high and expensive. We'll have a report.

We'll learn about "girlie wine" and, as always, Lynne takes your calls.