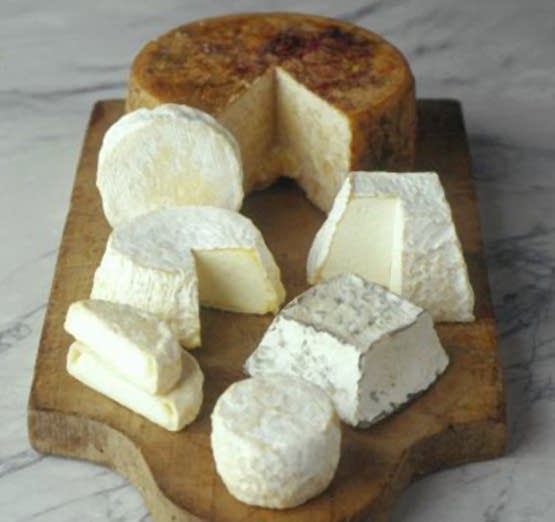 We'll go inside the dairy with Soyoung Scanlon, California's new star cheese maker who has celebrity chefs kissing the hem of her apron. She follows the milk and her mood, not the market, at her Andante Dairy in Santa Rosa and it shows in her cheeses.

The Sterns cross the pond for pie and mash in London. Tune in to find out it they chose the optional eels.

Margo True, Executive Editor of Saveur magazine, tells the story of the tiffinwallah, Mumbai's lunch ritual that's the envy of General Motors. Read the full story in the May 2005 issue of Saveur.