Episode 297: The Botanist and the Vintner

Email thisShare on FacebookShare on TwitterPin it!Share on Tumblr
Listen: The Botanist and the Vintner
00:00 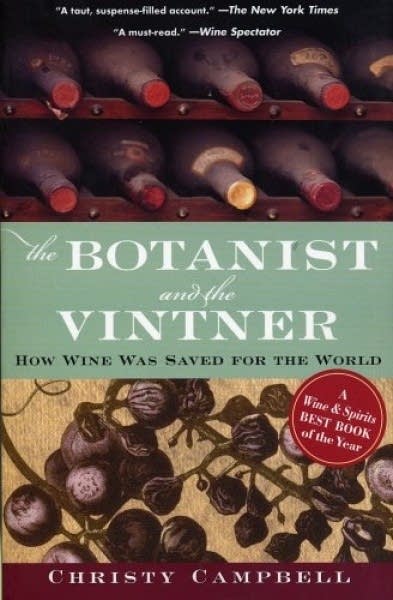 British journalist Christy Campbell joins us this week with the story behind the plague that threatened to destroy the world's vineyards. The fascinating account of how scientists working with vintners stopped a near disaster is documented in Mr. Campbell's book, The Botanist and the Vintner: How Wine Was Saved for the World.

The Sterns are half way between Miami and Havana, eating Cuban home-style food at El Siboney in Key West. Josh Wesson suggests wines to pair with smelly cheeses. His picks might surprise you. Chef Jerry Traunfeld is back and he's talking chervil. His recipe for lemony Chervil Avgolemono is light, fresh and perfect for spring. It's from his forthcoming book, The Herbal Kitchen: Cooking with Fragrance and Flavor.

New York food authority Mike Colamecco tells us where to find the best version of that Harlem special, Chicken and Waffles. Food historian and writer Cara De Silva previews the upcoming PBS special, The Meaning of Food, and, as always, the phone lines will be open for your calls.