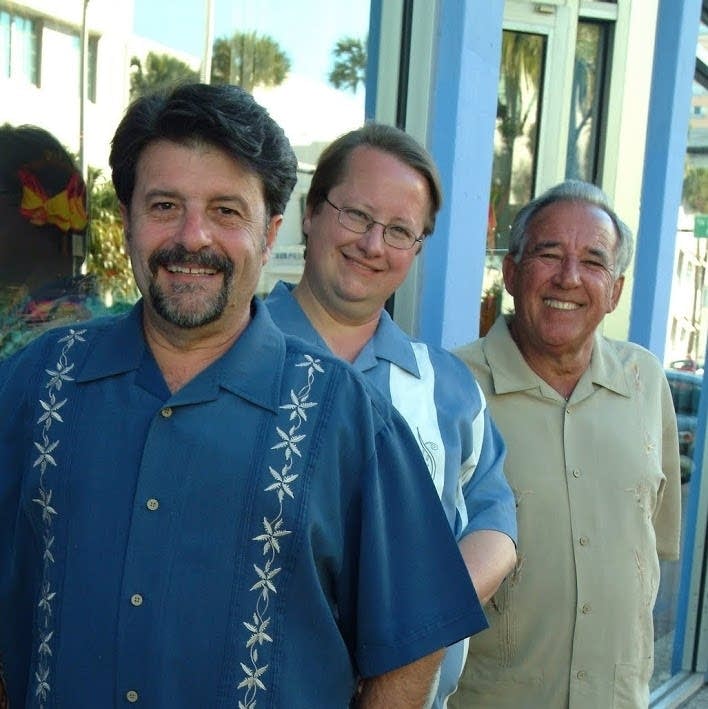 This week it's Cuban Miami with Glenn, Raul, and Jorge. The "Three Guys from Miami" love to eat, they love their town, and they give us advice on where and what to eat, including airport food worth the trip. The recipe for Roast Pork is from their book Three Guys from Miami Cook Cuban: 100 Great Cuban Recipes with a Touch of Miami Spice.

The Sterns are in a time warp at Lankford Grocery and Market, a 1940's era café serving divine triple cheeseburgers. The highly opinionated cheese monger and author of Cheese Primer, Steve Jenkins has ideas for what to eat with cheese. Dill pickles are on the list! Travel & Leisure magazine's Anya Von Bremzen returns with her picks of the best new American restaurants of 2004.

Wine critic Matt Kramer talks the new California grape and the latest region to watch. His newest book is Matt Kramer's New California Wine: Making Sense of Napa Valley, Sonoma, Central Coast and Beyond. We have the story of Hamburger America, a documentary film about some of the best burgers in America and the people behind them, and, as always, Lynne takes your calls.