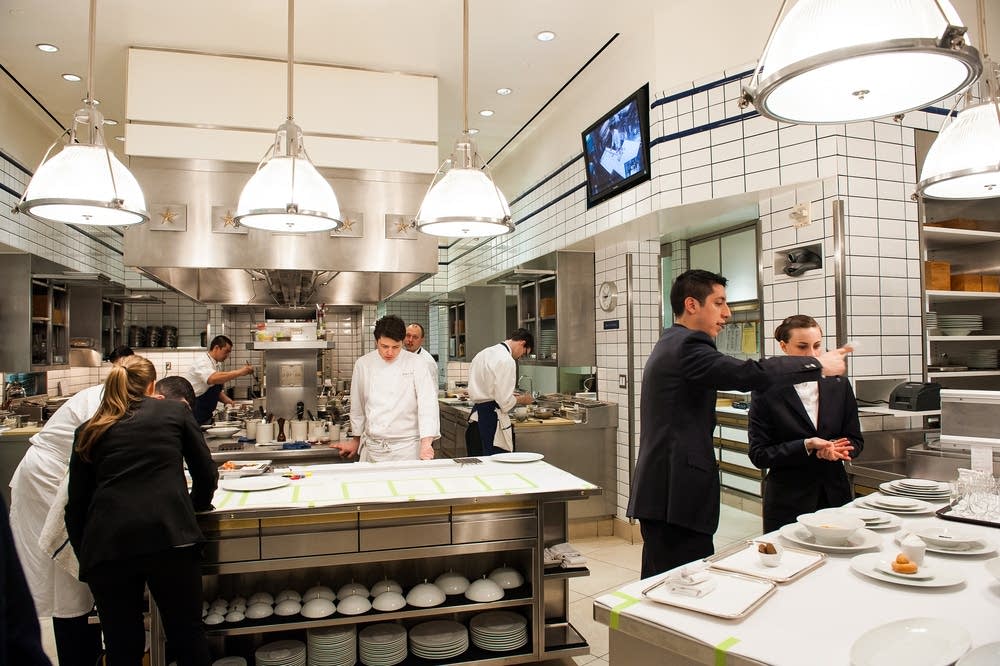 This week it's the mother of all kitchen tours. Thomas Keller is repeatedly named the best chef in the country. When he set out to duplicate his famed California restaurant, The French Laundry, in New York City, he dictated every design element, but for unheard of reasons. The result is Per Se, the hottest restaurant in the country right now. Chef Keller leads the tour and shares his recipe for Mussels with Saffron and Mustard from his fabulous new book Bouchon.

The Sterns are forking into classic cowboy steak at Sleepy Hollow in Oklahoma City. Wine maverick Joshua Wesson talks Mourvedre, the new muscle man grape that produces a big bruiser of a red. Sally Schneider, author of A New Way to Cook, suggests vanilla beans to rescue a dish. Her recipe for Vanilla Bean Syrup kicks up the natural flavors of fruit. We have new food games - the SmartsCo flash cards - for trivia at the dinner table, and Lynne takes your calls.