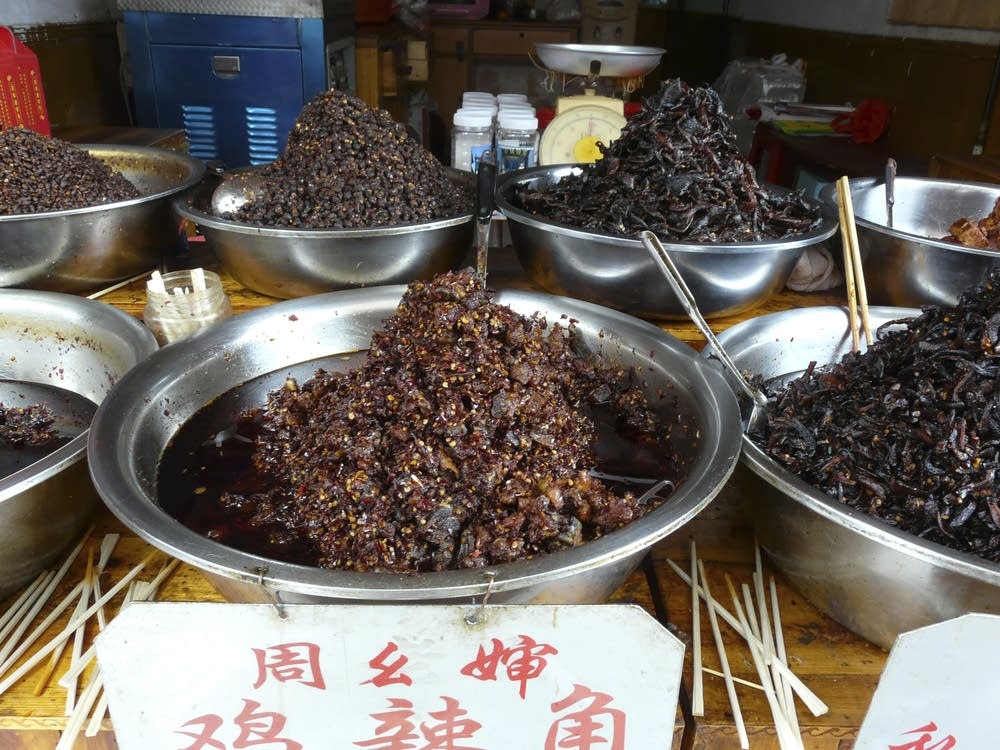 "Our guest is BBC journalist Fuchsia Dunlop, the first foreigner invited to study at the professional chef's school in Sichuan, China. She fell in love with the spicy, hot, and unique cuisine the Chinese call "audacious cooking," and went on to pen Land of Plenty: A Treasury of Authentic Sichuan Cooking. She leaves us her recipe for Fish-Fragrant Eggplant from the book.

For the Sterns, it's French toast and Red Velvet Cake at Diana's in Charleston, and Lynne reveals her "Southern Fantasy Trip Back Seat Library!" We'll talk international beans and weenies with Anya Von Bremzen. Her recipe for Feijoada Completa is from her new book, The Greatest Dishes!: Around the World in 80 Recipes.

Wine expert Jay McInerney is back offering his opinions on the world of wine. This time he's predicting Sauvignon Blanc will cancel out Chardonnay! In a bow to the current political climate, we'll address one of the issues dividing the nation—the diet wars. And we'll hear from Murph Dawkins who, during a renovation of her St. Paul bar, discovered hidden treasure in the basement!