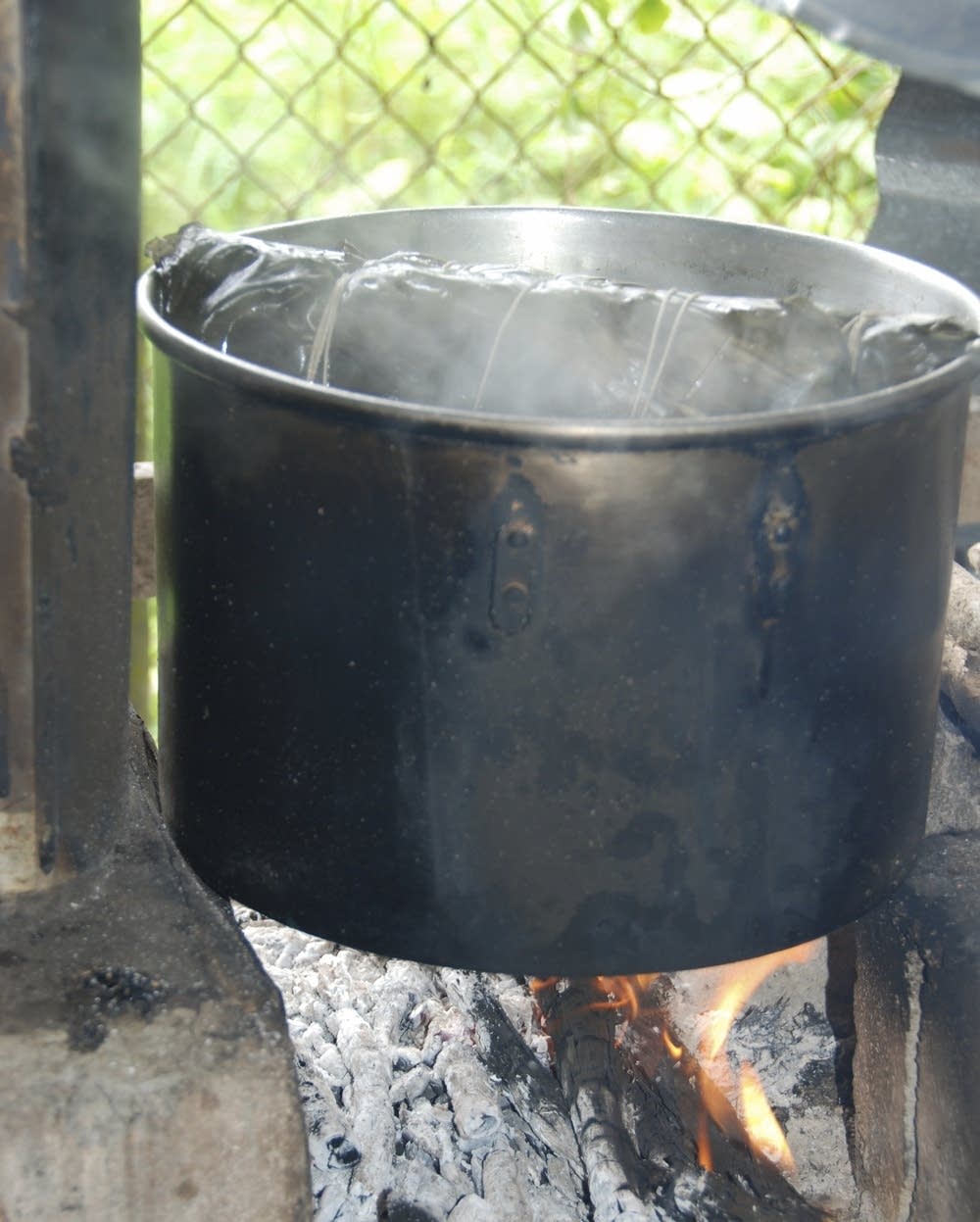 Diana Kennedy, one of the food world's great trailblazers, takes us on a tamale tour of Mexico. Ms. Kennedy has spent her career tracking every nuance of regional Mexican food and her books are in-depth explorations of that country's fascinating cuisine. She shares her recipe for Tamales Filled with Poblanos and Cheese from her latest book, From My Mexican Kitchen: Techniques and Ingredients.

The Sterns blazed a trail to Oregon where they're eating southern-style ribs at Reo's in Aloha. Kitchen designer Deborah Krasner talks everything about the kitchen sink. Reporter Scott Haas is stomping grapes at Sterling Vineyards while examining the psychology of California wine. We'll dig into the story behind mache—it's the newest bagged salad, it's pricey, and few have a clue about what it is; and Lynne tells of a recent visit to Restaurant Amma in New York City.