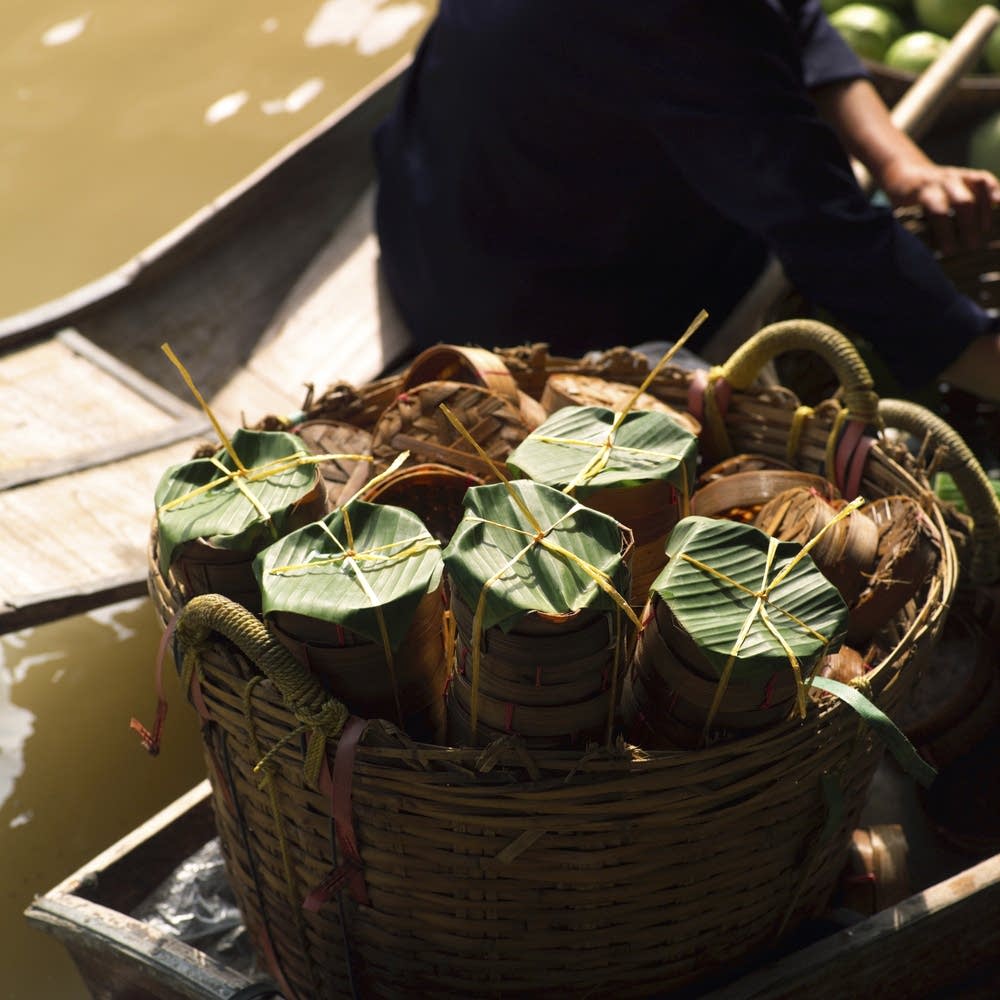 This week we'll hear how Buddhism and karma shape the most sophisticated cooking in Southeast Asia. Our guest, David Thompson, calls it "the cuisine that takes no prisoners." He shares a recipe for Thai Grilled Chicken from his book, Thai Food.

Jane and Michael Stern are eating Frito Pie from the Five & Dime General Store while strolling the mall in Santa Fe.

David Rosengarten reveals some extraordinary Mondavi wines, discovered while celebrating Robert Mondavi's 90th birthday and tasting his way through everything made by the renowned producer.

Travel writer Anya Von Bremzen went home to Russia and found a booming new food scene. She tells of some discoveries in Pushkin, and leaves us a recipe for True Russian Blini.

Only Calvin Trillin could turn a ride to the airport into an adventure in raw fish. It's a tale from his new book, Feeding a Yen: Savoring Local Specialties from Kansas City to Cuzco.