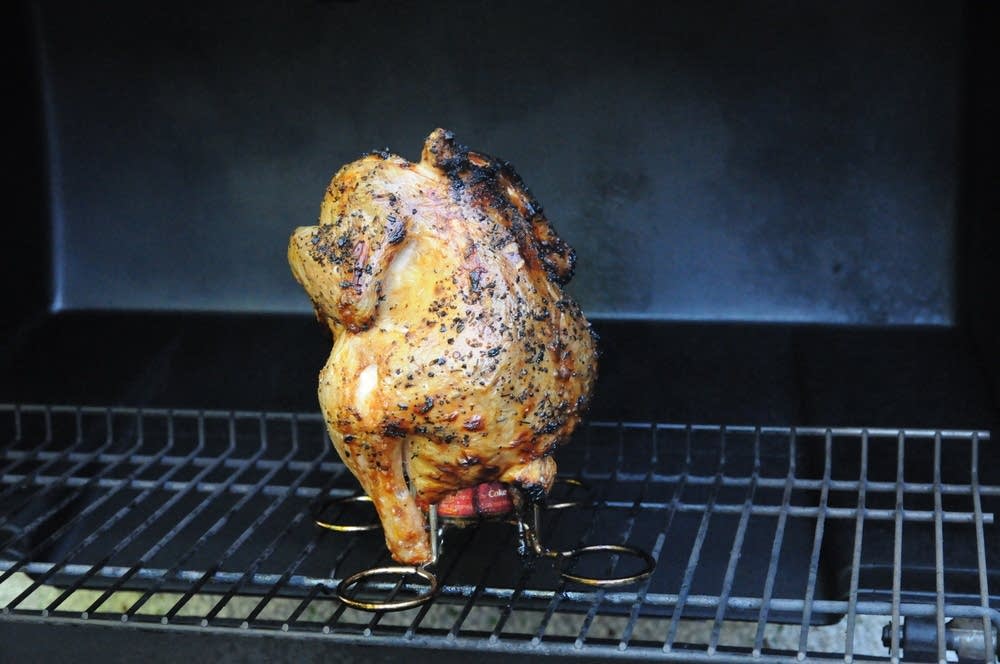 French chef-turned-barbecue expert Steven Raichlen is back with some off-the-wall grilling techniques from his new book Beer-Can Chicken. Whether it's in a leaf or in the coals, on a stick or under a brick, Steve inspires us to fire up the grill and start cooking. His recipe for Basic Beer-Can Chicken gets us started.

Jane and Michael Stern tell of the sublime hand-formed biscuits at Mamie's in Conyers, Georgia, and Lynne shares her favorite biscuit recipe—Shirley Corriher's Touch-of-Grace Biscuits. Beer expert Steve Beaumont wants us to try cask ale; and novelist Jim Crace has a tale of the psychology ofcrabapples. Lynne's trivia segment concerns a ship and rye crackers, and we'll check in with the folks at the Monterey Bay Aquarium's Seafood Watchto learn what's on the "avoid" list.