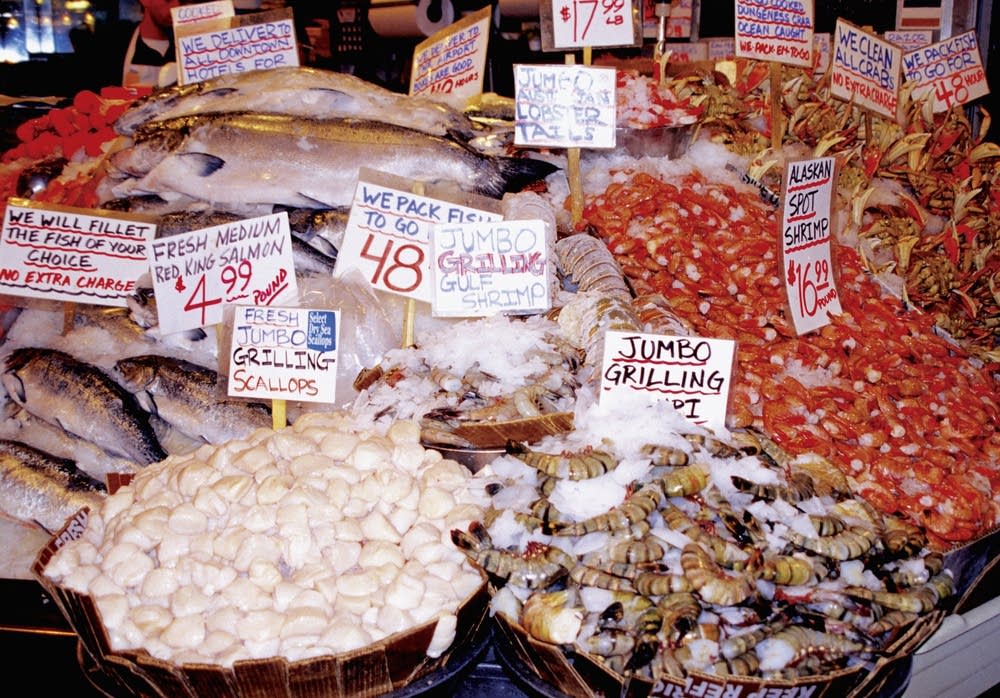 This week it's a private tour of Seattle's Pike Place Market, the gold standard among farmers markets. Our guide is none other than award-winning chef and restaurateur Tom Douglas, who was just named Best Chef in the Northwest by the James Beard Foundation. Tom reveals some of his favorite market vendors and shares his recipe for Sake-Steamed Sockeye Salmon with Sake Butter. His new book, Tom Douglas' Seattle Kitchen, is a celebration of the city's rich and diverse culinary heritage and wealth of fresh local ingredients.

Jane and Michael Stern are in the California desert chowing down among the dinosaurs at the Wheel Inn. They leave us with a recipe for Highway Patrol Succotash, a fresh take on this often maligned vegetable mix. Wine maverick Joshua Wesson returns with some excellent but overlooked bargain French white wines that deserve more respect. Calvin Trillin, author of The Tummy Trilogies, gives us his unique take on eating in Japan, and we'll talk with the farmer behind those packaged ready-to-eat salads. We wonder what keeps them fresh.