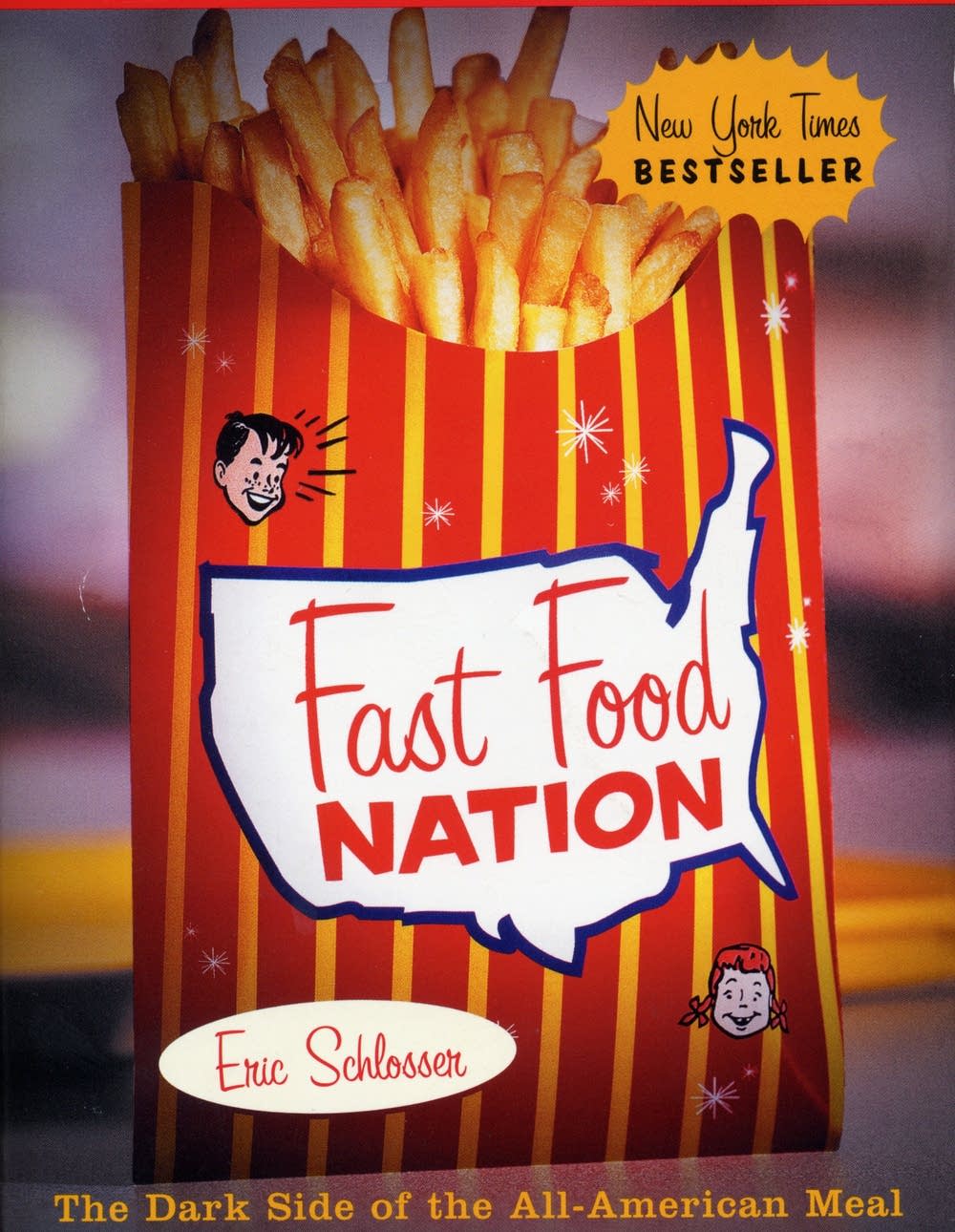 Journalist Eric Schlosser, author of the New York Times best-seller Fast Food Nation: The Dark Side of the All-American Meal, says the fast-food industry should be exposed to the same scrutiny given tobacco and drug companies. We'll take a look at what's become the All-American Meal — a take-out burger, fries and soda — and find out what's really in those "goodies" that will have us shelling out over $110 billion this year.

On a brighter note, Jane and Michael Stern are eating old-fashioned apple dumplings at Southern Kitchen in Charleston, West Virginia. Our cheese guy Steve Jenkins is back with advice on picking American Cheddars, Stephanie Curtis talks food in the movies, and Lynne has a TV-Tray Menu for Academy Awards night.