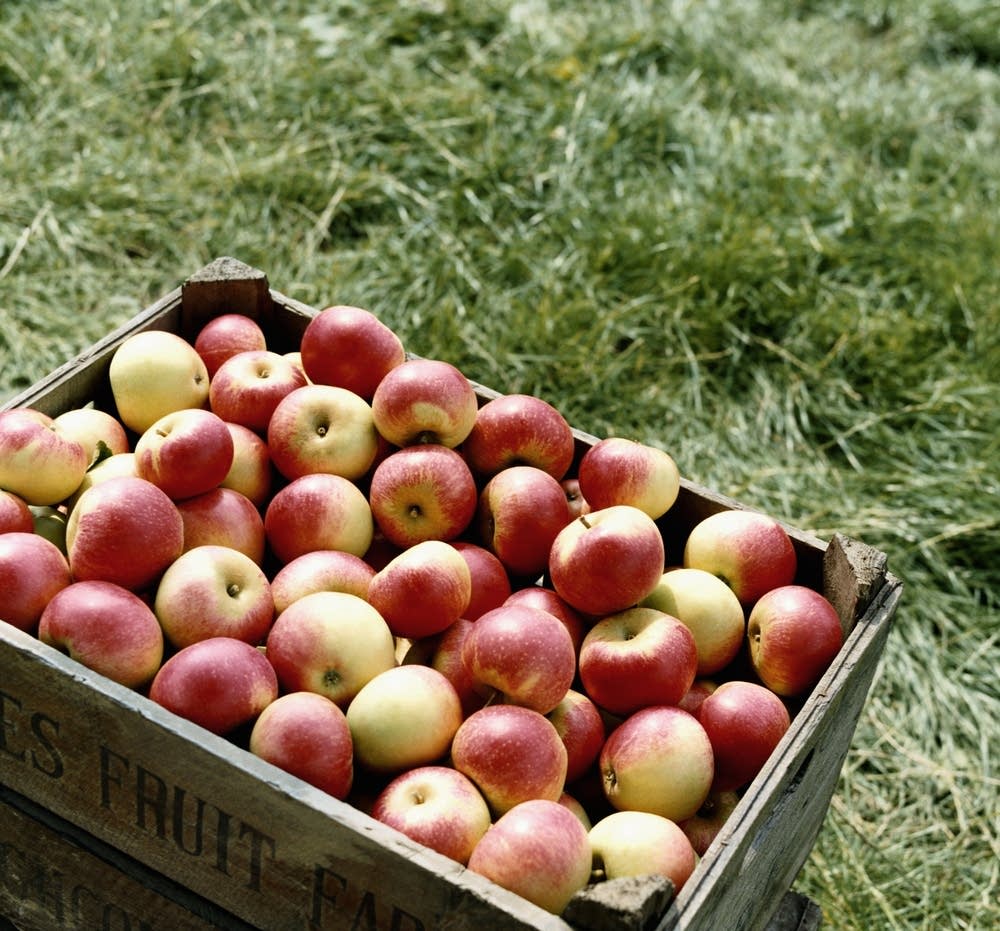 They've been linked to some pretty serious temptation and trouble—they did, after all, play a key role in that messy Garden of Eden business—but the illustrious apple still came out on top as the world's most popular fruit according to our guest Frank Browning. As the author of Apples and co-author of the cookbook, An Apple Harvest: Recipes and Orchard Lore, Frank has studied nearly every dimension of the fruit, from myth to science. He'll share a bit of the apple's uncommon and surprising history and give us a recipe for Braised Chicken, Norman Style.

Who but Jane and Michael Stern would report on chocolate hair brushes and angel food in Manitowoc, Wisconsin? Kitchen designer Deborah Krasner has been checking out food sites on the Web and stops by with some fabulous finds. Al Sicherman and Lynne taste drive-through hamburgers with an 11-year-old boy named Sam, and we check in with Philip Yi, director of America's first Sushi Academy. And, as always, Lynne will take your calls.