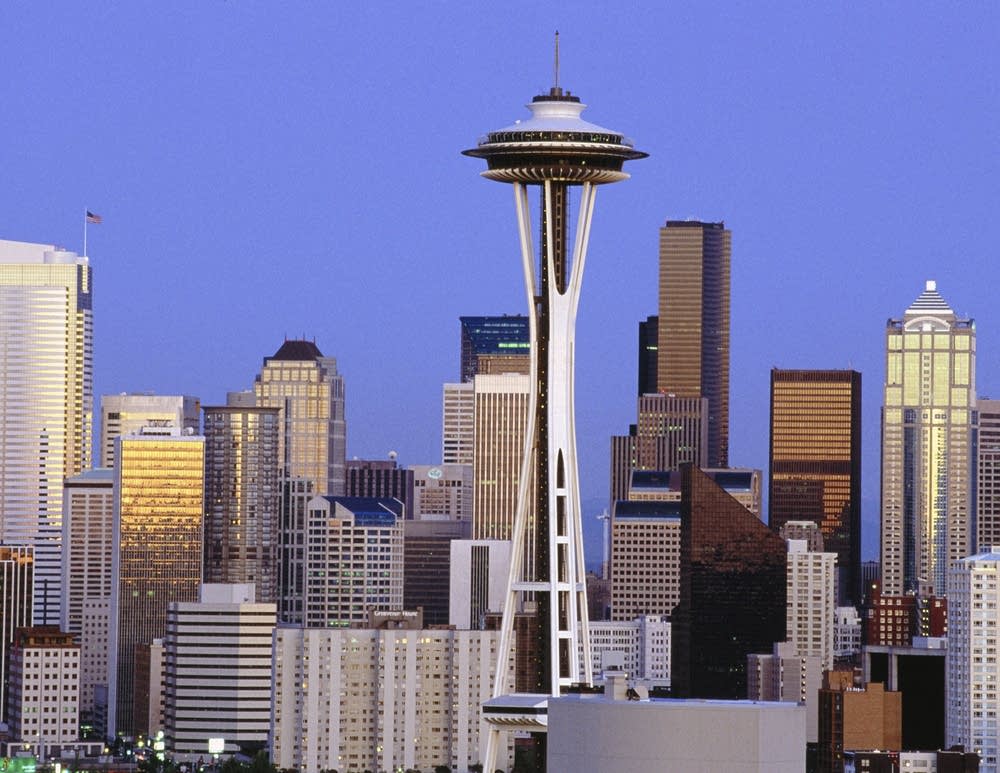 First it was the Dahlia Lounge. Etta's Seafood followed. By the time the Palace Kitchen opened in 1996, legendary Seattle chef and restaurateur Tom Douglas had won acclaim both regionally and internationally for his unique cooking style and his role in defining "Pacific Rim Cuisine." Along the way, Tom formulated some unusual thoughts on running a business. He stops by to share secrets of his success and his picks of Seattle's best restaurants.

Jane and Michael Stern are dining under the hanging cage of beef tenderloin on the patio at Tucson's El Charro. Wine wit Joshua Wesson teaches us how to talk our way through a wine tasting, and we'll learn how to cook in a fireplace with Katherine Kagel, Executive Chef/Owner of Santa Fe's notable Café Pasqual. Give the method a try with Katherine's recipe for Spiedini of Turkey. Dorie Greenspan, author of the "Tools of the Trade" column in Bon Appetit magazine reviews pepper mills, and Lynne takes your phone calls.