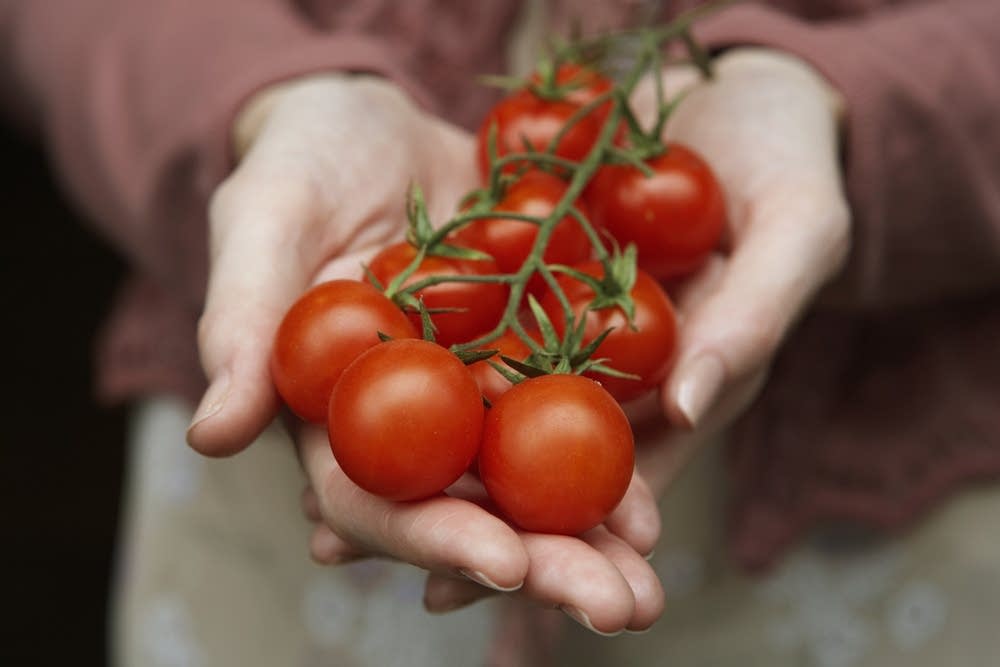 It's that time again. The tomatoes are ripening and Lynne has been observed making unusually frequent stops at the farmers' markets, gathering up the beloved and luscious heirloom varieties that inspire her to rush into the kitchen and cook. Her recipe for the puglia streetwalker came from a similar tomato frenzy a few years ago and its uncooked sauce is just right for these hot summer days. Tomato historian Andrew Smith, author of The Tomato in America, stops by with the real story of how the tomato began its rise to culinary stardom and debunks a few myths along the way. It's quite a tale. Jane and Michael Stern report from Wyoming about an old-time rodeo and great brisket. We head to Charleston, South Carolina where Hoppin' John Martin Taylor tells of the great southern tradition of preserving summer's largess and shares his wonderful recipe for golden pear chutney. Grocery guru Al Sicherman does a vanilla ice cream tasting and Lynne's pick is quite surprising! Of course, the phone lines will be open for your calls.