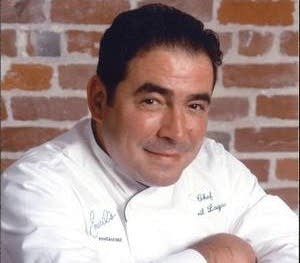 Emeril Lagasse is a chef, restaurateur, and televsion and radio personality. He is the chef-proprietor of 12 restaurants and the author of 15 cookbooks. He has hosted more than 2,000 shows on the Food Network, serves as the food correspondent for "Good Morning America" and has a radio program called "Cooking with Emeril." Lagasse has received numerous awards, including Best Southeast Regional Chef from the James Beard Foundation. In 2011, he was honored by the James Beard Foundation for his efforts to further the culinary arts in America, as well as his philanthropic work through the Emeril Lagasse Foundation.

Recipes and Stories by Emeril Lagasse