Use familiar flavors and textures to create vegan dishes

by Joe Yonan
Listen: Use familiar flavors and textures to create vegan dishes
06:20 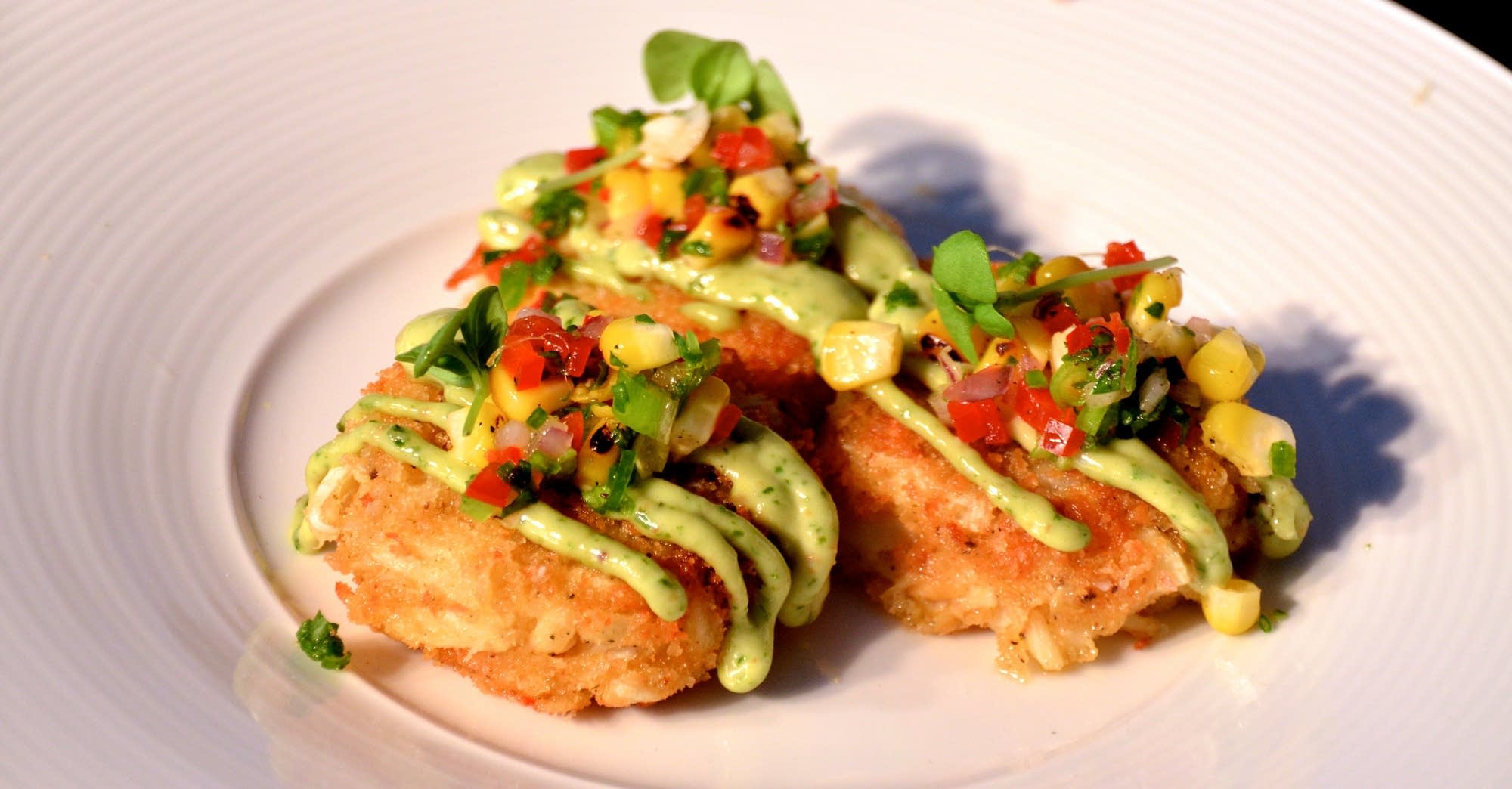 "A lot of people think that a vegan meal is going to be a white, bland, squishy piece of tofu," says chef Tal Ronnen of the Los Angeles restaurant Crossroads. He is author of a book by the same name. As part of this interview, Ronnen was kind enough to share with us recipes for Spaghetti Squash Noce Moscata, Walnut Parmesan and Scoty's Marinara Sauce.

Joe Yonan: In your introduction, you write something that really interested me. "As a lover of food," you say, "I realized it wasn't the animal products I actually longed for, but the texture, the flavor, the hardiness, and the satisfaction." I was so glad to hear you talk about satisfaction. One of the common misconceptions about plant-based food, at least among meat eaters, is that you leave the meal still hungry. How do you deal with that?

I think it's really important when you're creating vegan dishes -- like we do at the restaurant or for the book -- that they be familiar flavors or familiar textures. A lot of people think that a vegan meal is going to be a white, bland, squishy piece of tofu. We don't even use tofu in the book. We don't use it at the restaurant. Creating dishes that have familiar flavors, a familiar feel and look are great ways to get people to try eating more plant-based foods. It's more approachable; it's less dogmatic; it's less scary. That's the focus of the new book.

JY: I think one of the things that keeps some people from embracing veganism is cheese. Cheese seems to be the big bugaboo for a lot of vegan cooks. You've been involved with making a vegan cheese, which I have to say from personal experience has really raised the bar. These are the Kite Hill brand cheeses. Can you tell us how you got into it and what makes Kite Hill different?

We use almond milk. We culture that almond milk like you would milk coming from animals. We press it. We age it. That's why you're getting that experience of cheese. For the most part, before most cheese alternatives were highly processed oil suspended in starch or soy.

We have yogurts hitting Whole Foods this month [ed. note: January 2016]. It's a cultured almond yogurt. It has been really fun to be a part of that.

JY: What are some of your favorite ways to get some of that satisfaction, those textures and umami flavors that you talked about?

TR: We stick to really great cooking techniques. We do a lot of smoking, a lot of grilling.

We do a smoked carrot lox. We take an heirloom carrot, smoke it over hickory, and then roast it until it's very tender and shave it thin. It looks like a piece of Nova lox. We put that on our bagel during our brunch with the Kite Hill almond cream cheese.

We launched an all-vegan seafood tower. People just went wild for it. Instead of lobster, we had lobster mushrooms from Oregon. We did our take on clams casino where Scot Jones, our executive chef, smoked shallots, which gave the perception of bacon in the stuffing that you would have in clams casino. Our Rockefeller is a shiitake mushroom that has been poached in olive oil. The calamari is made out of hearts of palm that are sustainably grown.

JY: Do you envision a time when vegan might become completely mainstream?

TR: Absolutely. A project I've been working on for a long time now in Las Vegas at the Wynn properties is a really telling sign of how mainstream this is becoming. I've worked with all the chefs at the Wynn and Encore to create menus that are completely plant-based. You could go to the steakhouse, you can go to the Italian restaurant and you get a regular menu. Then you also get the menu that I've created with the chefs there that is completely plant-based.The program is over four years old and it's doing great. People travel to the property just for the menus.

Joe Yonan is the Food and Dining editor of The Washington Post and author of Eat Your Vegetables: Bold Recipes for the Single Cook (Ten Speed Press, 2013).