The history of commercial baby food in the US

by Noelle Carter
Listen: The history of commercial baby food in the US
08:23 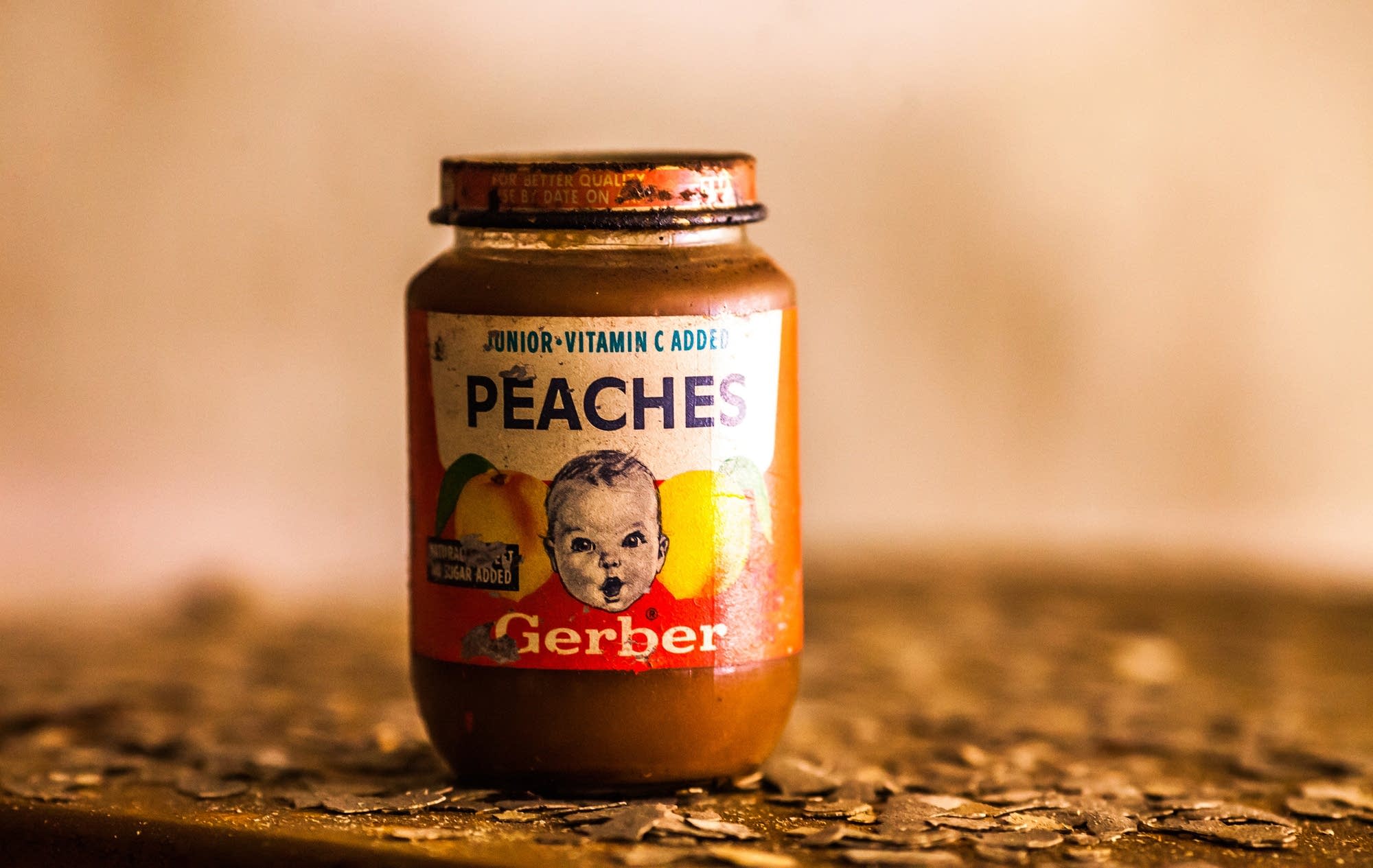 Popular since its invention in the early 20th century, commercial baby food was seen as a product of convenience for women. "They were advertised as safe, modern and better than you could prepare at home," says Amy Bentley, author of Inventing Baby Food and associate professor in the Department of Nutrition, Food Studies and Public Health at New York University.

Noelle Carter: What did we do before commercial baby food? How did babies eat, and when did mothers introduce their babies to solid food?

Amy Bentley: Commercial baby food started in the early 20th century, in the late 1920s. Before then, there wasn't a category specifically called "baby food." There was a category of soft foods -- foods that were appropriate for infants, invalids and the elderly.

But the advice and practice of the late 19th century was really that you didn't feed babies solid food until about 1 year of age. You were supposed to breastfeed them -- or use formulas, if you absolutely had to. It was thought that solid food wasn't needed until later. In fact, there was advice in practice that you did not feed children fruits and vegetables until about 2 years of age.

NC: How did commercial baby food come to be?

AB: As vitamins were discovered in the 19-teens, that was also about the time you had the industrialization of the food supply. Those products were more widely available and more affordable.

There was a man named Harold Clapp in Rochester, New York, whose child was sick. He created a soup for his child made of vegetables. It proved so popular that his friends asked him for it. He went to the local cannery and commercially prepared this product.

That was also about the same time that the Gerber Products Company was starting to produce baby food. Others just picked it up, and eventually you had the development of three or four really big commercial brands. But it was very, very popular from the get-go.

The products were portable and convenient. They were advertised as safe, modern and better than you could prepare at home. They were seen as a product of convenience for women. Women could put them in their bags, remove themselves from the kitchen and travel around. It eventually made it easier for them to go outside and perform paid labor because they had this portable baby food.

NC: Baby food was incredibly popular until the 1970s. Then, all of a sudden, the use of baby food and a number of other things came into question. What happened?

"Once infants go off baby food, one of the top three vegetables they consume is french fries."
-Amy Bentley

This was because baby food was thought to be strong and healthy. Solid food was better than liquid formula. Most parents formula-fed their babies in the mid-20th century, so commercial solid food was the next step. There was no scientific evidence that this was harmful for a child.

Then, in the Cold War period, there was this idea that we need our children strong and we need them to be competitive. "I might be doing my baby a disservice if I don't feed my child commercial baby food early."

This begins to change in the 1970s and '80s as you have a general ethos that's a little more mistrustful of science and institutions, and skeptical of technology. Women start to ascribe to an ethos called natural motherhood. "I should trust my instincts; I know better than anything how I should feed my baby."

There begins to be some scientific evidence that it probably is not the best thing to feed an infant solids so early. This is, in part, because of the way that baby food is made during that period, which is with a lot of additives, sugar and salt. Also, an infant's digestive system is not equipped to digest solid food so early. The best food is breast milk.

NC: You discussed the connection between commercial baby food and the industrialized palate.  How might food choices -- baby food or even formula -- play a role in developing a child's sense of taste?

AB: Scientists are finding out that infants learn, grow and develop through taste, through their palates, even in utero. We know that amniotic fluid is flavored by the food a woman eats. After birth, the foods that a child is exposed to have a big influence on how that child is learning, developing and understanding the world.

If children are only experiencing highly industrialized food products with milder profiles, more salt, more sugar and refined carbohydrates, then that's what their palates are becoming even more accustomed to. As humans, we're hard-wired to seek out sugar and eventually salt. But we need to learn to become acclimated to bitter flavors, sour flavors and a variety of profiles.

[Related story: It may take 10 tries to familiarize picky eaters with new foods]

There's more and more emphasis on first foods being something other than white rice cereal, for instance -- an avocado, meat or a red or an orange fruit or vegetable. There is no real scientific evidence that these can't be used as first foods. In fact, if we look around the world, we find that people feed their infants a wide variety of different kinds of first foods, including some very interesting spice combinations.

NC: Where do you see the trend in baby food going?

AB: In the last couple of decades, there's really been a rise of boutique baby foods that experiment with different flavors, grains and vegetables. Commercial baby foods are also expanding their repertoire.

There's also a group that understands there wasn't a category called baby food in the beginning, and maybe are arguing that there doesn't need to be a category called baby food. This is a trend called baby-led weaning. Those people advocate that infants be breastfed until about 6 months of age. Then you can just sit that child in a high chair, chop up table food, throw it on the high chair and the baby will be just fine.

That said, baby food is not going to go away because it is important for some children. Also, it is a product of convenience. In the U.S., we're very much attuned to convenience and mobility. These products allow women especially more flexibility with their lives.

Some studies show that baby food actually does provide a wider range of fruits and vegetables for infants than otherwise. You can buy a jar of mangos or a jar of beets. A lot of families don't have a very wide variety of fruits and vegetables. Once infants go off baby food, one of the top three vegetables they consume is french fries. Baby food can actually have a protective quality for a lot of American infants.