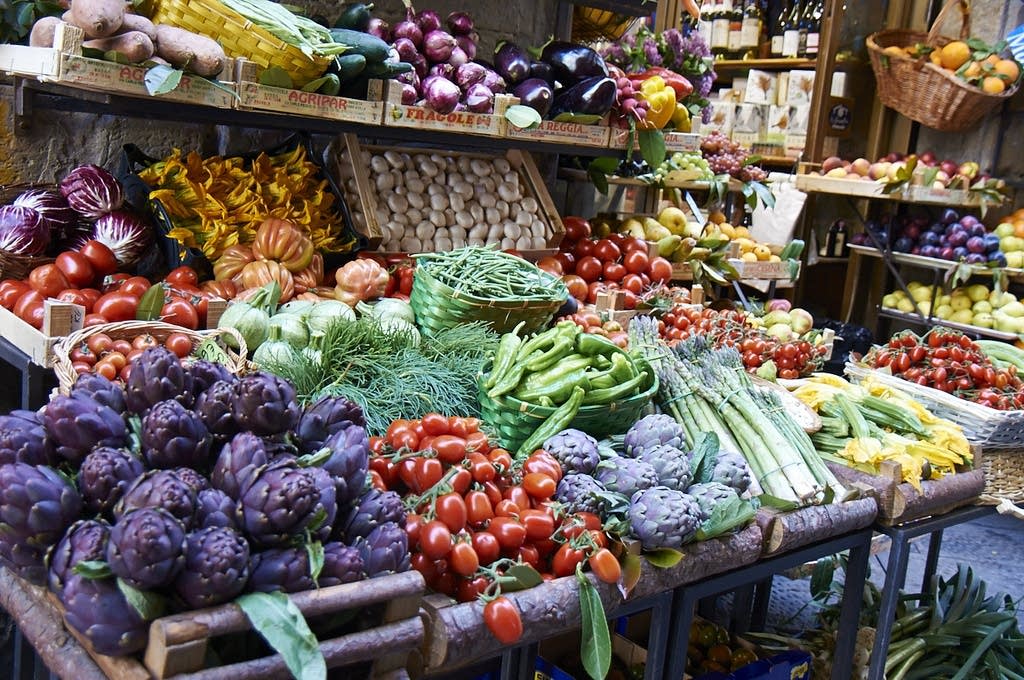 When it comes to cooking vegetables the Italian way, chef Mario Batali says it's important to seek out products that are local and in season. "It's really more about just understanding how easy it is to cook things if you buy the best product that you can find," he says. Plus, you need a really hot pan.

[More from Batali on celebrating local farmers and making gelato.]

Lynne Rossetto Kasper: Could we talk Italian vegetables? I don't think anyone gets them except the Italians. They do them like no one else on earth. What do you think is the secret trick that Italy knows that we don't?

LRK: So I can't have asparagus on my Thanksgiving menu?

MB: You can. That doesn't make it bad and that doesn't make you evil. It's just such a different animal to take things out of season that have been traveling a long way, when you could taste something that is local or at least grown in season somewhere where it's really a speciality.

LRK: So it's more about shopping.

MB: I would say that is the key to all Italian cooking. It's really more about just understanding how easy it is to cook things if you buy the best product that you can find. When Italian grandmothers walk into the produce store, they don't look for the parsley that's 7 cents off because it's 3 days old. They want the best parsley. There's not that much of a difference in price; it's just a question of a difference in ideology.

LRK: What about once you get into the kitchen?

MB: The best thing about the Italian way with vegetables is it's not a technical masterpiece to make something taste really, really good. Often enough it's just a really hot oven or a really hot pan. You put things in there with olive oil and a little sea salt and it tastes, worst case scenario, exactly like it looks.

Best case scenario: It's 10 times more exciting because it has the development of a caramelization, it's roasted or it's spiced in just the right way. Most importantly, you want things to taste like the vegetable itself with a little bit of anointment.

LRK: The Italians don't cook vegetables the way we do them here.

MB: It's rare [in Italy] that you will blanch a vegetable, though sometimes that happens. Cooking green beans, for example, or cooking asparagus, more often than not Italians just throw it in the pan with olive oil on medium-low heat and cook it until it's cooked all the way through. It's not al dente, not super bright green, but when you put it in your mouth and you taste it, it screams green bean.

One of the suspicious and tricky things about Italians' love for vegetables is they often serve them as an antipasto, less so than as the side dish to a main course. They love to have three or four different kinds of vegetables before they start anything. Then have a side dish with their main course.

MB: The main event to getting zucchini really brown is either having a really hot pan or a hot grill, or doing very small batches. Cut them into little quarters, little thin chips, put seven or eight at a time into a pan with a couple of tablespoons of extra virgin olive oil and cook them until they almost look too brown. Take them out -- they should still seem a little soft -- and put them on a little paper towel to drain. In 3 minutes you have something nearly as crisp as a potato chip that doesn't taste like that thin, white disc does when it was raw. It tastes like the expression of everything that could be right in the summer heat.

MB: I love celery. Celery is one of my favorite vegetables. As it is of the city of Rome and I'm totally down with Roman ways, we do it in several ways. Probably my favorite way is fried. We take it and just slice it into little pieces. Then we dip it into a little cornstarch and egg, put it in extra virgin olive oil and then cook it until it's deep, dark, golden brown. It takes on a flavor when it's cooked that way that is spectacular.

I like to roast turnips with poppy seeds, paprika and a little bit of vinegar. They come out so exotic-tasting, just from a standard turnip. You can substitute beet in there or a rutabaga in the same way. They come out so good, so delicious, and evocative of an Italy that is a different place than when you think of spaghetti, meatballs, pizza and lasagne.