From Finding the Forgotten Feast
July 1, 2015

First, buy a good cherry. Which means buy a nice, plump, firm cherry that's not overripe and not underripe. I go for Bings because they're the most delicious and common. In farmers markets, you can find other varieties sometimes. Bings are sweet cherries. Sour cherries are meant for cooking.

1. Serve them iced for dessert

For serving fresh cherries, my all-time favorite thing to do is put them in a bowl, add some ice to the bowl, then some water, and let them sit for about 5 minutes. There is nothing like an iced cherry as a dessert. All you have to do is put little bowls around for people to put their pits and stems. I suggest you have a lot of cherries if you're going to serve them this way. They're just addictive.

2. Cook them with lemon juice and sugar

You can cook both sweet cherries and sour cherries exactly the same way, by adding lemon juice and sugar. Those are the essential components. You would just vary the amounts depending on the kind of cherry. That being said, for my money, sour cherries are the best for cooking. They have the most complex flavor -- it's a very old-fashioned cherry flavor.

If you're going to cook a cherry, the question inevitably comes up of whether to pit or not to pit it. I used to pit cherries that I cooked. You have a couple of options. You can use a hand pitter, which you do one by one. Or you can get one of these $20 chute pitters, where you throw a bunch of cherries down a chute, and with a plunger action, you pit them. I used to do that. [Ed. note: Jen Stevenson recommends using a wine bottle and a chopstick to pit cherries.]

Then one day, I took several baskets of cherries to a friend's house for dinner. They happened to be sour cherries; I didn't realize because I didn't have my glasses on. The cherries had stems and leaves. We were both exhausted. We were pulling together a dinner party. We looked at the cherries, and then we looked at each other and said, "Do we need to pit these?" I said, "Why don't we just throw them in the pan and see what happens?" So we did.

We did this sauté-braise of sour cherries with stems and leaves with a little bit of sugar. We served them in a big bowl alongside a bowl of crème fraîche. Each person could pick a cherry by its handle, pop it into the crème fraîche and then into their mouth.

They were plump, bursting with juices and warm. You'd eat them one at a time. Your fingers would turn red. The delight at the table was incredible. We put bowls around the table, and you throw away the stems and leaves. It was a revelation and a liberation, because I realized you don't really need to pit the cherries.

Here's a simple pairing: fresh cherries with some creamy goat cheese -- maybe with a few leaves of thyme on it.

Another thing I like to do is pit the cherries and toss them with some lemon juice and sugar until their juices run. I mash them into a really good vanilla ice cream with a dash of balsamic vinegar. It's like an impromptu cherry ice cream, which you can't buy anymore.

5. Or turn that into a cherry milkshake

If I'm really in the mood to keep morphing things, I throw the cherry ice cream in the blender and turn it into a cherry milkshake.

[More from Sally Schneider: Her Key 3] 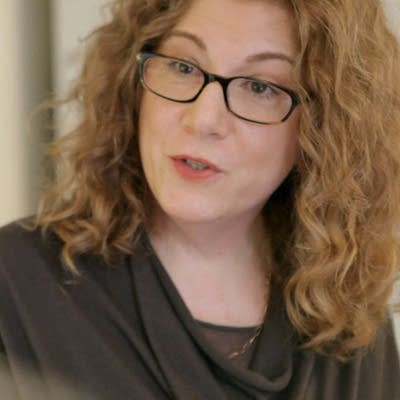 A former chef, Sally Schneider has won numerous awards—including four James Beard awards—for her books and magazine writing. She is creator of the lifestyle blog Improvised Life, a featured blogger on The Atlantic Monthly's Food Blog, and author of The Improvisational Cook and A New Way to Cook. She has served as a contributing editor to both Saveur and Food & Wine, and her work has appeared in The Los Angeles Times Magazine, Saveur, Food & Wine, SELF and Connoisseur.