There is more to German food than sausage, sauerkraut and schnitzel

by Lynne Rossetto Kasper
Listen: There is more to German food than sausage, sauerkraut and schnitzel
04:46 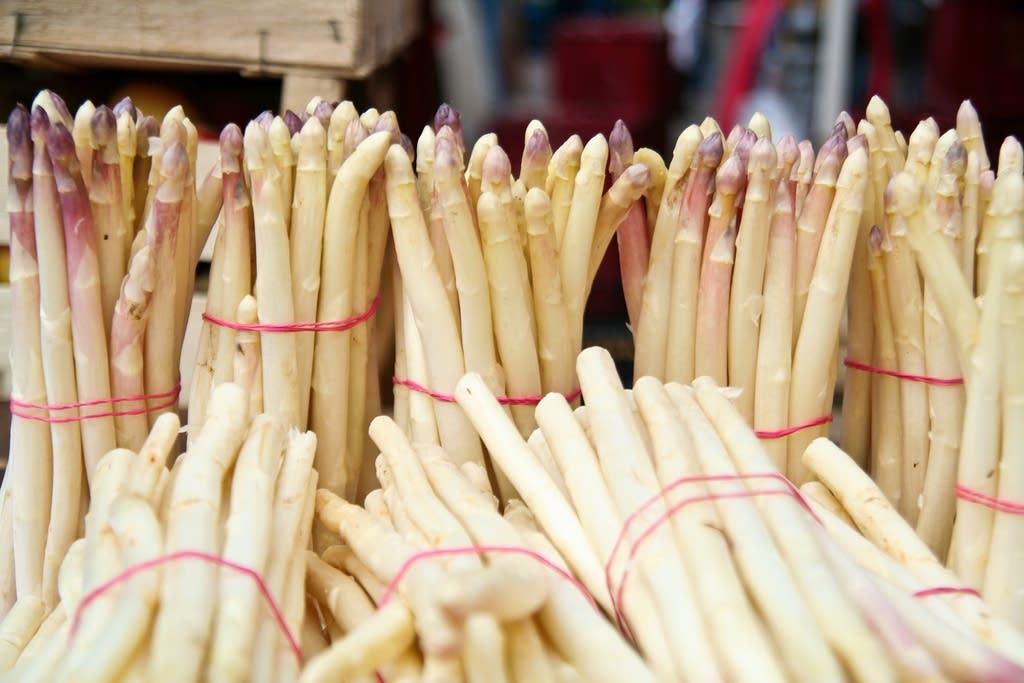 Jeremy Nolen, co-author of New German Cooking with Jessica Nolen, says German food has "a lot more vegetables and lighter, cleaner flavors" than most Americans realize. He is the executive chef at Philadelphia's Brauhaus Schmitz.

Lynne Rossetto Kasper: In this country, we have ideas about German food. But in this book, you have a different take.

Jeremy Nolen: I think it's something at the restaurant. We have such a good mix of traditional and modern German. There are no real books on modern German cooking. We were trying to show Americans that there's a different side to German food, that it's not all sausage, sauerkraut, schnitzel, and meat and potatoes. There are a lot more vegetables and lighter, cleaner flavors. I think our goal was to make people aware that there's much more to German food.

LRK: Let's talk about your dishes. You have to do a veggie tour for me. Tell me about the sauerkraut potato gratin.

JN: It's a really interesting dish. I think Germans love sour flavors like sauerbraten, the beef that's marinated in vinegar. Potato gratin is such a warm, comforting dish. I just wanted to change it up a little bit. Sauerkraut, being such a German ingredient, made sense. We put it together and the results were really great. It has that little bit of acidity, it cut the fat and the cream, and it came out really nice.

LRK: On the other end of the spectrum, you do a radish salad. It has orange and sheep cheese.

JN: A radish salad would be traditional in German food. Sometimes it would just be a vinaigrette. We were just trying to make it a little more exciting. That's where the oranges came in.

LRK: What are some of the other vegetable dishes?

JN: There are a bunch of salads in there. The kohlrabi salad is a good one because I think it's a salad that would be good as a side -- say, if you were grilling meats or something like that, because it has that black garlic and sour cream dressing. It's really cool and refreshing. Kohlrabi is such a German ingredient. There's no English word for it; put it that way.

JN: No, that's definitely something that I came up with. We're a big beer hall. We have 30 beers on tap, so we're always trying to use beer to cook with. Because we have so much, we're always looking for ways to use it. The wheat beer just came out really nice because it has that nice, yeasty wheat flavor to it. It's really nice and light.

LRK: What kind of dishes will you be doing in the spring as we see these new vegetables coming in?

JN: A lot of asparagus. The white variety is the most popular in Germany. In Germany it's called spargel. Spargel means asparagus, but it always refers to the white asparagus. If they were talking about green, they would specify because the green asparagus is not nearly as common as white.

The whole month of May, we always do a spargelfest. We feature asparagus in every type of dish. We even made a crème brûlée with white asparagus once.

JN: It was surprisingly good.

LRK: One other dish that really grabbed my imagination is pickled chicken.

JN: We go through so many pickles at the restaurant, all kinds of different pickles. That was basically the result of having a lot of pickle brine left over, and trying to figure out how to use it.

We were coming up with ideas, like one was that pickleback that was popular for a while. It was a shot of whiskey followed by pickle juice. It's not our thing because we're a German beer hall, not a bar.

We were coming up with ideas, we started using that to brine stuff, and chicken ended up being the best one. We mixed it with a Pilsner beer and the pickle juice. That was the best result out of all the other things that we tried to brine.

LRK: What kind of beer do you like to cook with?