The chicken was first domesticated for cockfighting, not food

by Rebecca Sheir
Listen: The chicken was first domesticated for cockfighting, not food
06:29 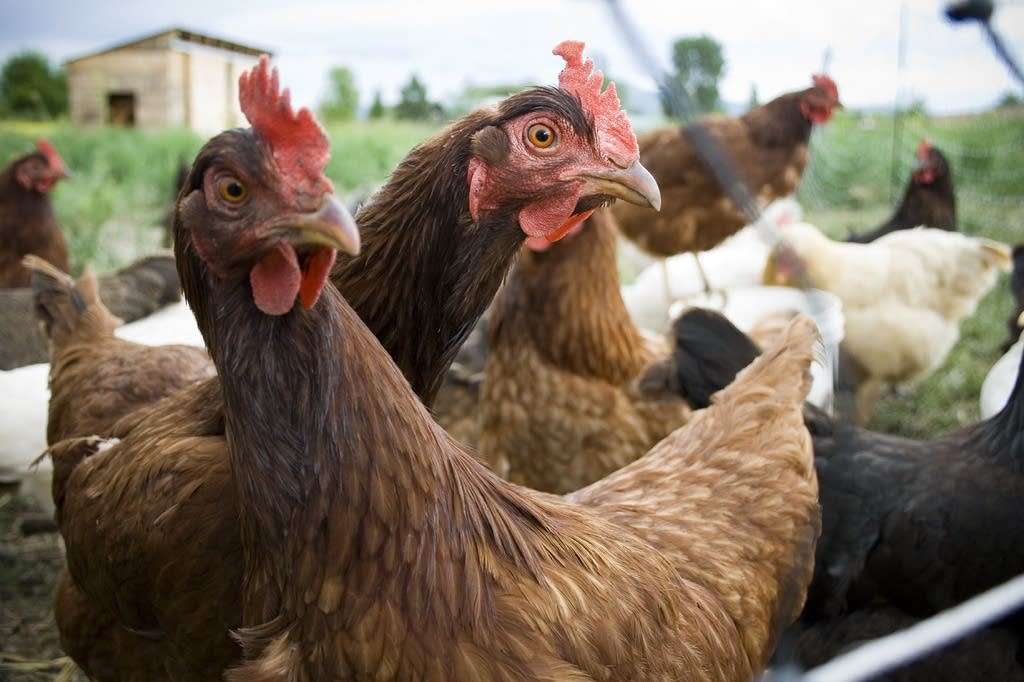 At any given moment, there are more than 20 billion chickens on earth, says Andrew Lawler. How did one bird become so ubiquitous? The author of Why Did the Chicken Cross the World? shares seven facts from the bird's history.

1. Live chickens are forbidden in Antarctica

Rebecca Sheir: In your book you say there is one continent and one country that do not have chickens.

Andrew Lawler: Antarctica is the only continent that doesn't have live chickens. They do serve wings at places like the Amundsen-Scott Station at the South Pole, but live poultry are forbidden because there is great concern that chicken diseases could spread to penguins. That's the only place where chickens are forbidden.

2. Vatican City is the only country that doesn't have a chicken coop

AL: Vatican City is the only country that I could find in the world that doesn't have a chicken coop. It's just too small. I believe that Pope Francis gets his chickens -- because he likes skinless chicken breast for his meals -- from the markets of Rome.

3. The chicken was first domesticated for cockfighting, not food

RS: One of the surprising things you bring up in your writing is that at first chickens were not domesticated to eat; that only happened in the last century. What were some of the things they were used for before that?

AL: You would think chickens were domesticated for meat and eggs. But, in fact, a lot of anthropologists today believe that the chicken was first domesticated for religious purposes -- mainly for cockfighting. Cockfighting, like bullfighting, was originally a religious ritual that was performed between two villages, two groups, two clans. In the end, cockfighting became a very secular activity. But in ancient times, it was really for religious purposes.

RS: What caused the switch from religious purposes to dinner?

5. Chicken soup can help you get over a cold

RS: Is it proven that chicken soup can cure the common cold?

AL: It is -- your grandmother was right. A researcher who actually used his wife's grandmother's recipe discovered that if you feed boiling water to people with a cold versus chicken soup, the people who eat chicken soup actually get better faster. We know that there are certain elements in chicken meat that combine to ameliorate the symptoms of the common cold.

But that's just one way in which the chicken can be used for medicinal purposes. For example, if you had a flu shot this season, that flu shot was made from chicken eggs.

RS: Taking a look at the modern chicken we have today, I understand that Queen Victoria was the one responsible for that?

AL: If you were to pinpoint one person who is most responsible for the modern chicken, it would be Queen Victoria. Back in the 1840s she received a gift of several chickens from China. At the time, China had been closed to the West. It was opened by force by the British, and one of the benefits of this was that the British got Chinese chickens.

Queen Victoria was entranced with these beautiful birds. At that time, English chickens were very small, scrawny and quite ornery. But these Chinese chickens by contrast were incredibly large, very regal and very gentle.

The queen began to collect these chickens and her court followed suit. Soon people all across the British Isles, particularly women, were paying large sums of money to collect these exotic-looking chickens. This spread to the U.S. by the 1840s and '50s.

7. Ninety-nine percent of America's chickens descend from the Chicken of Tomorrow contest

AL: The chicken that we have today in America, 99 percent of the chickens that you can buy -- whether it's in a McDonald's, an expensive restaurant, in a Whole Foods or in some other supermarket -- descend from the Chicken of Tomorrow contest. The modern chicken is actually a product of American science and engineering following World War II.

Around 1950, the industry got together and created this chicken that has breasts large enough to be carved up into steaks, and which can be fed a small amount of grain and produce large amounts of meat. This was a revolution, because prior to World War II, chickens were actually fairly expensive, and most Americans preferred pork and beef.

Most of the chickens that you can buy in the U.S. today descend directly from the Chicken of Tomorrow contest. As a result, the chicken that we have has large breasts and grows very quickly. But the downside is that it is often very dry and tasteless compared with chickens in other parts of the world.

For example, I went to Vietnam to track the red junglefowl, which is the original chicken, the wild bird. While I was there, I visited several villages and ate a lot of the local chicken. That chicken tasted radically different from what we get in the U.S. It often was much moister, often quite oily to my taste, but it was considered a great delicacy there.

Rebecca Sheir is the host of Metro Connection on WAMU 88.5 in Washington, D.C. She previously served as host of AK on Alaska Public Radio Network and reported for NPR member station KTOO in Juneau. Her stories have won numerous awards, airing on public radio programs such as All Things Considered, Weekend Edition, Marketplace, Latino USA, Only a Game, Here & Now, Interfaith Voices and Voice of America.
Mint and Pea Frittata with Sumac
Ginger & Lemongrass Salmon with Greens in a Parcel
Eggplant Parmesan
Fettuccine with Mackerel, Sun Gold Tomatoes, and Parmesan