If you buy a Japanese knife, it will be lighter, thinner and sharper

by David Rosengarten
Listen: If you buy a Japanese knife, it will be lighter, thinner and sharper
06:38

What makes a knife Japanese?

Once upon a time, that was a very easy question; the answer was yes if it was made in Japan. Two hundred years ago, there were only three types of knives that were made in Japan, and each one had its own role in the kitchen. The classic Japanese prescription: One knife, one job.

Generally speaking, these knives always -- then and now -- are more lightweight than Western knives. They usually have a thinner edge, better sharpening, and they hold that sharpness and that edge better.

In cutting food with Japanese knives, you typically didn't have as much crushing of the food as you might have with the heavier Western knives. If you crush the food, you're going to oxidize it and you're going to end up with different textures and flavors.

But then the world changed with the arrival of, among others, Americans. American warships showed up in Yokohama in 1853 and Japan was opened. Before that time the Japanese only ate fish and vegetables. These three knives were tailored for just fish and vegetable jobs. There were religious reasons why they didn't eat meat.

But when those war-like Americans in warships got there, the Japanese observed that Americans were eating meat. It started to grow in interest and popularity. Then we reached this incredible moment in 1872 when the emperor of Japan ate meat in public and started to advocate the eating of meat. He said, "As a nation we need to get bigger and healthier and stronger." They started to eat meat at that time.

The knives changed because the three classic types from before were never meant to cut meat. A Japanese knife traditionally -- and still today, the traditional ones -- have what's called the single bevel. But the single-bevel knife doesn't cut meat as well. So they developed the double bevel with a bevel on each side.

Then also in the 20th century, Western chefs all over the place started to notice these Japanese knives. Japanese artisans started to make knives for the Western kitchen.

In the 1920s, the runaway, successful, international Japanese knife was born: the santoku. Most people who have a Japanese knife today in their kitchens in America -- restaurant or home -- have a santoku, which was developed to do the things that all three of the former knives did, plus meat. The name means something like "three together" or "everything together."

My favorite traditional Japanese knife -- I bought one -- is called a yanagi. When you go to the sushi bar and you're sitting there and the guy is beautifully slicing your sashimi with a long knife, that's the yanagi.

It has the bevel on one side. Did you ever cut something with a knife, like you're cutting an onion, and you find that the knife starts to go in its own direction? It's not that easy to control; that is much more likely to happen with a single bevel. However, a single bevel can get a much sharper hone on it, so that's why a single bevel is good.

The yanagi always has a single bevel. When you watch one of those beautifully trained sushi chefs behind the bar -- let's say he has a big slab of yellowtail -- he takes the heel of that long knife, the part that's near the handle, and he puts it up toward the top edge of the fish. Then he draws it through once. He does not saw back and forth. What comes off is this glossy, super smooth surface that certainly changes the texture of your slice of sashimi. Many people claim that it even changes the flavor of it -- that it's not as fishy with not as much oil released.

I use my yanagi to slice meat. They're quite expensive, but that to me is the No. 1 Japanese knife.

Another classic knife is the deba knife, which is a knife that is designed for boning fish, cutting their heads off, getting around the hard stuff like the gills and the tail.

Then the other classic knife is the usuba, which kind of looks like a cleaver. It has a rectangular kind of look.

Where to buy a Japanese knife

If you buy a good one, you're certainly going to get one that is thinner and sharper than other knives. They keep their edge pretty well. You sharpen a Japanese knife on a whetstone. (There are plenty of whetstone sharpening moments on YouTube.) 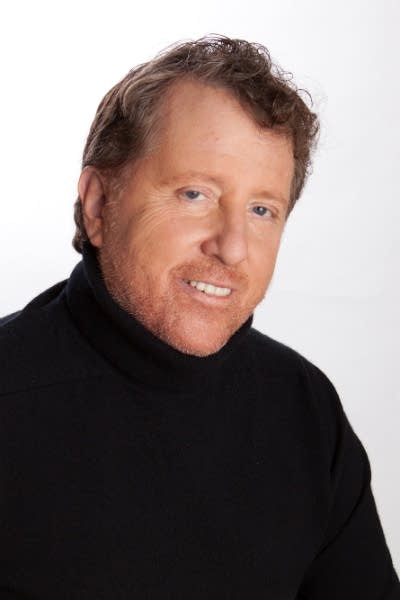