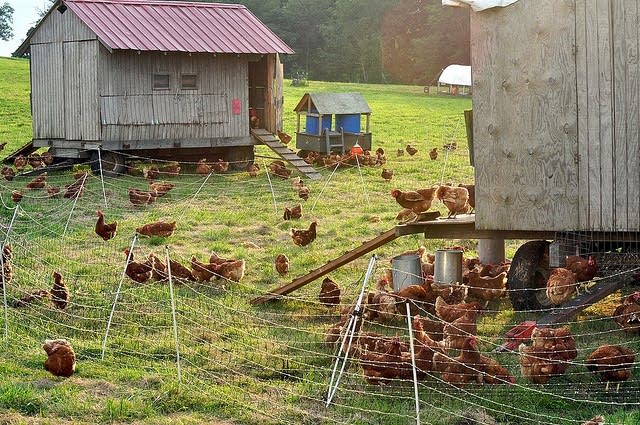 In 2009 Time magazine named chef Dan Barber one of the 100 most influential people in the world. That didn't happen solely because he creates some of the best-tasting food to be found on a fork. It happened because as a farm kid-turned-chef, Barber questioned how we eat and how our food systems work.

"What I discovered in my search is that it's not about the ingredient or even about the specific farming technique that produced the ingredient," says the author of The Third Plate. "It's about the system that supports a whole ecology."

Lynne Rossetto Kasper: What do you mean by "the third plate"?

Dan Barber: The third plate is not a literal plate of food. It's a metaphor for a way of eating, a pattern of eating, a diet, even a cuisine. I don't mean cuisine in the haughty sense, I mean cuisine in the sense that it creates a structure for how you tackle a meal for your family and how you tackle a meal for the season, depending on where you are and what the weather conditions are. That's what cuisine is all about -- it's about celebrating a sense of place.

The third plate is an attempt to create some more structure out of the farm-to-table movement. It has a ton of labels: we have grass-fed meat, we have local, we have organic. We have tons of labels that rarely are brought together into a system of farming, a system of eating, that is truly both delicious and sustainable. That's what I'm calling the third plate.

LRK: What would be an example?

DB: I travel all over the world in search of these ingredients that I find delicious -- I mean really, truly delicious. What I discovered in my search is that it's not about the ingredient or even about the specific farming technique that produced the ingredient. It's about the system that supports a whole ecology.

That sounds a little froufrou, but I'll give you an example, which is from Blue Hill Farm. Blue Hill Farm is a dairy farm that my grandmother started in the 1960s. (My brother and I have taken over.) It produces dairy for the restaurant and for sale in retail as well. What we realized very quickly as we got into the business of dairying is that while it was important to support the dairy through buying the milk, we needed to do a lot more.

For example, every spring we have births on the farm, called calving. Fifty percent of the cows that are born are female; those are the future milkers of the farm. Fifty percent are male, roughly speaking. The question for dairy farms is what do you do with the males? They're not producing any milk. In fact, they are subtracting a lot because they drink a ton of milk. The economy for a dairy farm is so severe that even to waste just a couple of days with a baby male calf nursing on its mother is to put a farm in jeopardy of going out of business.

The tradition now -- and this is 99.999 percent of all the dairy farms in the U.S. -- is to kick this male calf off the farm within 2 days, sometimes within even a day, of birth. Those male calves are raised as veal calves in separate facilities. They're often raised in circumstances that are not pleasant, which is most of the reason that veal has such a terrible association. It also, by the way, does not produce delicious veal.

We had a choice. Instead, because we didn't want to go down that path, we decided to raise these male calves on their mothers, free-choice milk, and also on pasture; they spend their lives as cows are supposed to spend their lives.

We didn't just do this because we are kindhearted owners and I'm a chef who believes in doing the right thing. We realized that we wanted to do it because we wanted to serve veal at the restaurant and create an economy for the farmer. Our farmer uses our land but is paid for everything he grows and everything he sells us. We realize that these veal calves can produce, if raised in the right way, both delicious veal and an added economy to the farm.

It got more complicated as we went along because we started to realize that these old breeds of cows don't eat all the grass on the perimeter of the field; they're sort of picky. We had to start bringing in goats. Goats eat bramble and the grasses that the cows don't eat; they push back the pasture. They create more diversity for these cows to eat better grass, to produce better milk and to produce better veal.

That's really the story -- if you can extrapolate that into the theory of the third plate -- is that we need to look at every region, and in some ways, every farm in that way.

DB: Rotation Risotto grew out of my interest in having flour for bread that came from a local farm. I found a farmer who was growing incredible einkorn, a very old variety that we made a bread out of. People, the diners, just love this.

I really started the book here. I went to the farms to find out the recipe. How do you grow this great wheat? What's it all about?

What I discovered standing in the middle of this gentleman's field -- his name is Klaas Martens -- in upstate New York is that I was surrounded by 2,200 acres of almost everything you could think of, except for wheat. I was looking at buckwheat, barley, millet and flax, leguminous crops that trap nitrogen from the air and give that great boost to the soil. They are traditional cover crops that were planted in a very meticulous and timely fashion to create soil fertility for the wheat.

What I realized as a chef is I was the emperor with no clothes. I was here, celebrating this one crop, without looking at the whole farm. It's a little bit like looking at my veal calves and saying, "I'm just going to take the veal chop."

I came back to the restaurant and worked on what I called the Rotation Risotto, which was a risotto of all these lowly grains -- which, by the way, are stunningly delicious. Rotation Risotto is not just to celebrate the great flavors of these lowly grains, but also celebrates what this farmer, Klaas, doesn't really make money on, because there's no market for these grains. Instead, they usually go into bag feed. Bag feed, for a farmer, is not something they can make money on. They're making money on the wheat, but what we need to do is to support the whole farm.