The transformative power of salt: Why you should use salt at both ends of cooking

by Lynne Rossetto Kasper
Listen: The transformative power of salt: Why you should use salt at both ends of cooking
06:37 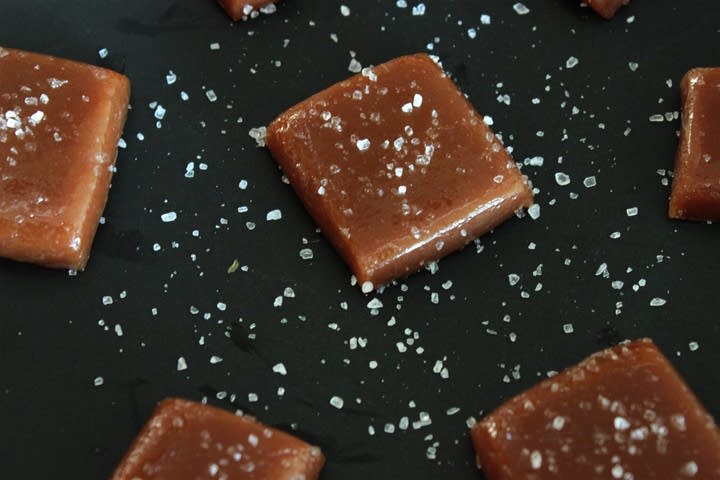 Simple table salt can be transformative on food -- imagine unsalted potato chips or french fries. But what happens when salt hits the tongue? Why do some people add salt to coffee? And do we really need to add salt before and after cooking (yes).

Paul Breslin, a professor of experimental psychology who researches taste perception at Rutgers and at Monell Chemical Senses Center, explains how salt affects the taste of food.

What happens when salt hits the tongue

Lynne Rossetto Kasper: What happens when salt hits our tongues?

Paul Breslin: Salt in a crystalline form has to first dissolve into saliva for us to taste it. Everything we taste generally comes in some sort of aqueous form. For solids, they go into saliva.

Then, from there, they go into tiny holes in the epithelia of the mouth and touch the very tips of taste receptor cells, where there are proteins that they can interact with. They either bind to a protein to activate a cell, or they will go into the cell and then activate the cell. In the case of salts, we believe they go through a pore, or a window in the cell that's made by a protein. From there, they turn the cell on.

We are in the process right now of trying to understand what those windows are. But we're pretty sure that the sodium is actually going straight from the food that you're eating into the cells of the taste system.

LRK: By the taste system, do you mean what we call taste buds on our tongues? Or are there other receptors as well?

PB: The taste buds are an actual sort of micro-organ. They're made up of a cluster of about 80 to 100 cells. They're put together in an assemblage that kind of looks like a rosebud, which is in fact why they're called taste buds. They're microscopic; you can't see them by looking at your tongue in a mirror or by looking at someone else's tongue. On those cells are the receptors.

How salt affects the taste of food

LRK: Salty caramel is a big deal now in ice cream and everything you can imagine. What's happening there?

PB: You're mixing together two qualities of taste that we love. We're very attracted to sweet taste, which comes from the sugar. We very much like salt taste in its own right. So we like the salt and we like the sweet. Mixing them together is even better.

Caramel also goes through a process when it's heated. It makes compounds that are by-products of the cooking of the sugar that will make chemicals that have an off-taste to them. If you really burn sugar, you're in effect making it extremely bitter. If you go to the process of just beginning to brown it, it can take on some of the notes or odors that we really like that are part of the caramelization process, but it will become a little bit bitter at the same time. Salt can interact with some of those bitter notes to make them weaker. It also is modifying the flavor process.

LRK: Is that why some people add a little salt when they're making coffee? Does it take down the bitter side of coffee as well?

PB: It's very common for people to add salt to what you might call not great coffee. I don't know that people would add salt to a really good cup of coffee. But for generic coffee, you are decreasing the bitter taste of it when you add salt to it. It's not so much that you're making the coffee taste salty; it's that a little bit of salt will take down the bitter notes and make it a little bit more pleasant. If the bitterness is low level, a little pinch of salt will probably benefit almost any dish.

How to use (less) salt when cooking

LRK: Do you have any tips for cooks? For instance, salting well ahead when you're cooking something like meat versus salting after cooking?

PB: I think salt is probably necessary at both ends of cooking, for very different reasons. To adhere to the general advice of the whole biomedical complex, we should decrease the amount of salt that we're eating.

If you put all the salt in the cooking up front, you are going to create what I think is generally recognized as hidden salt. The salt is going to bind to really large molecules like proteins in the food and it'll be there, you'll be eating it, but it won't really be affecting the taste of the food, so it will be a waste. You really want the salt to be useful for the taste and flavor of the food. Hidden salt does no one any good here.

The larger the molecule a sodium ion is associated with, the less you're going to taste it. I can give you a whole series of sodium salts at the exact same concentration and have them go all the way from very salty to barely perceptibly salty at all, simply by how big the thing it's attached to is. When you attach it to large proteins in food, you just don't taste that salt.

You need some at the beginning because it engages in the cooking process: It is necessary for browning effects, caramelization, generation of Maillard reactions and for interaction with things like yeasts in a baked good. It's necessary for the yeast to do its thing; it will affect texture, bubble size and crust production. Put in the minimum that you need to allow those cooking processes to occur.

Then, at the end, salt to taste. You'll be able to put in much less salt than you would have if you put it all in at the beginning. The food will taste presumably great and you'll be eating less salt that way.