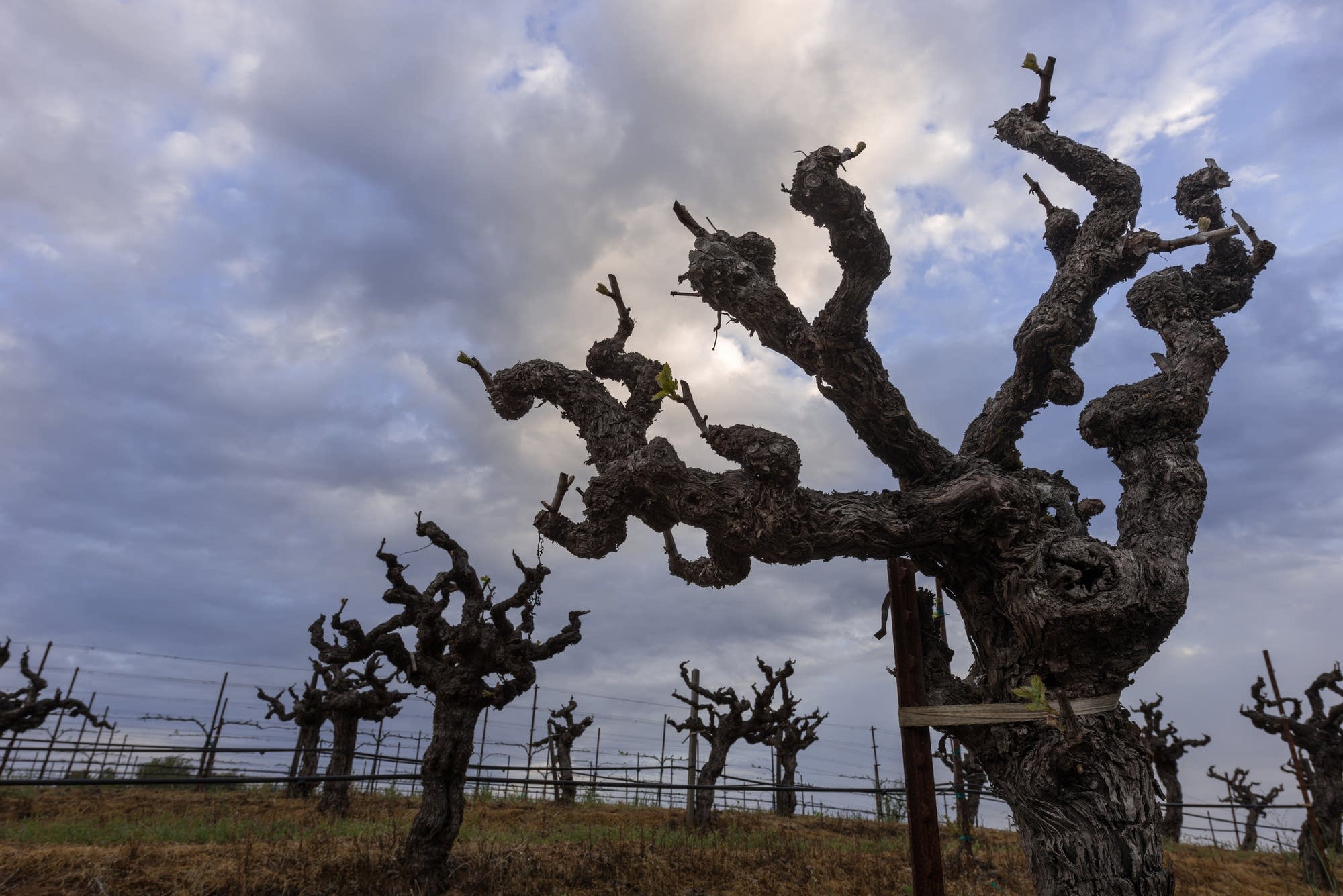 We’re scrappers when it comes to our heritage. Groups who see a threatened monument, a significant home or a piece of art fight like the devil to keep it. But who fights for wine? We save it once it’s in the bottle, but what about saving what that wine came from?

Take historic old vines. You probably haven’t pondered them much, but Ray Isle has. He's the executive wine editor of Food & Wine magazine, and he wrote an article called "The Battle for America's Oldest Vines."

Lynne Rossetto Kasper: You did a piece on historic old vines in California. We see that term "old vines" on the label a lot, but what’s the story behind it?

But what’s going on in California is there’s a movement to look at some of these historic vineyards as cultural patrimony as well as simply agricultural land.

There are a couple of winemakers who are particularly into this; Tegan Passalacqua and Morgan Twain-Peterson are two of them. They started a group called the Historic Vineyard Society, a nonprofit, to try and identify the 50- or 75- or 100-year-old vineyards that really speak to both California’s immigrant communities in the early 1900s and also produce extraordinarily good wine. They’re really not that valuable unless they produce great wine.

LRK: What are some of the vineyards?

That’s a vineyard that goes back -- the origins go back to the mid-1880s. It has zinfandel in it, but it has all sorts of other esoteric varieties. A lot of the planting back then was just farmers planting one variety next to each other in a field blend essentially. When you pull grapes from the vineyard, you’re getting an extraordinary variety and range of flavors and characters.

LRK: Those other grapes that are planted there, do they actually end up in the zinfandels that are made now?

RI: They do. For one thing, with California wine, if you label it "zinfandel" or you label it "cabernet," you can have 25 percent of other varieties in there legally.

A vineyard like Old Hill, if you do a zinfandel from it, it may be 20 percent counoise, it may be 5 percent mourvedre, it may be lots of little percentages of other things.

If you go above 75 percent, then people tend to use the term "mixed blacks" for mixed red grapes. It’s an old farming term for it -- or simply label it by the vineyard.

If you look at Ridge’s Geyserville wine, it’s predominantly zin -- 65 percent zin -- but it’s a bunch of old varieties mixed in with that from the Geyserville vineyard. They’ve been making that wine for 30-45 years. The vineyard has been around much longer than that.

LRK: It’s really interesting that farmers would do that. They would actually plant the blend in the field so that they save themselves the time.

RI: Part of it is also you hedge your bets in terms of the weather and the season. You plant some early-ripening varieties, some late-ripening varieties and some in the middle. Then, if you have a cold year, you’re guaranteed that some are going to be ripe. If you have a hot year, you’re guaranteed that some of them aren’t going to be over-ripe. It balances things out.

The other thing is that if you look at modern winemaking, especially from high-end California wines, you have people planting by grape variety and then for many of the wines, tiny 1-ton tanks. A high-end winery may have 50-60 1-ton, stainless steel tanks. Whereas, back then, you had one guy with a vineyard, a big redwood tank and whatever he had to chuck into it.

LRK: But why preserve these vines? Is this biodiversity?

RI: Absolutely. It is biodiversity to an extent. A lot of these old vineyards have varieties planted in them that simply aren’t cultivated anymore, some that are probably close to extinction and some that are just not popular or never won out in the Darwinian cabernet-and-chardonnay-take-all sweepstakes.

Wine is such a large part of California’s identity. These were planted in the late 1800s or early 1900s by successive waves of immigrants -- Italian immigrants in Sonoma, German immigrants at Lodi -- so there’s a historical depth to what’s going on there. The age of the vines plays into the character of the wine, but wine almost always for me is about stories as well. There’s a story that goes with these vineyards.

LRK: The group that wants to try to save them, are they fighting modern economy? From what I understand, a developer who comes along can offer a lot of these small vineyards a fortune.

RI: Absolutely. You see this particularly when there’s a booming housing market, especially when you get places where these really old vineyards butt up against actual housing -- in Contra Costa County, for instance. Suddenly the land can be worth far, far more as an apartment complex than it will ever be as a vineyard. The next generation’s financial equation may be to say, "Dad farmed this for 80 years, but shoot, we can sell the land for $400,000 an acre. What are we doing with this farm? It’s hard to farm." That’s a tricky thing.

Also, fashion plays a role in it too. In Sonoma, for instance, you had some really beautiful, old vine, zinfandel vineyards being pulled out to be replanted with pinot noir because pinot noir is so popular right now.

What the Historic Vineyard Society is trying to do, in addition to just cataloguing these places and identifying them, is try to create some sort of tax incentives from the government to keep these things in the ground and help farmers get a reasonable price for the grapes that will allow them to be sustainable.

LRK: In the meantime, before they may disappear, can you give us a few ideas of what to look for in the market?

RI: I think there are a number of really terrific wines out there. There’s a guy named Fred Scherrer in Sonoma who makes spectacularly good zinfandel from an 85-year-old vineyard that’s been in his family forever. His father still farms it. He said he actually tried to get his dad to stop and his dad would just get up earlier and earlier to prevent him from getting in touch with him while he was in the vineyard. Scherrer’s wines are lovely.

The Ravenswood wines, a single vineyard Ravenswood zinfandel, which are all out there -- Dickerson, Teldeschi and Old Hill -- are beautiful, old-vine expressions of zinfandel.

The Turley zinfandels that Tegan Passalacqua is making are lovely. They’re somewhat hard to find, but you can find their basic old vines blend around -- that’s a melange of several of these vineyards put together.

Ed. note: Isle introduces a counterpoint in his article about whether grape vines are more worthy than other crops when it comes to preserving:

And yet, you do have to wonder: Are vineyards really cultural treasures? We're not talking about the Parthenon, after all, or even the Golden Gate Bridge. Asking questions like this feels vaguely philistine, but I don't think it should. In the end, a vineyard is just a farm. And farms have to make money (ask any farmer, and you'll get firm agreement on that point). Why are grapes more special than any other crop?

Isle's picks for old-vine wines include: