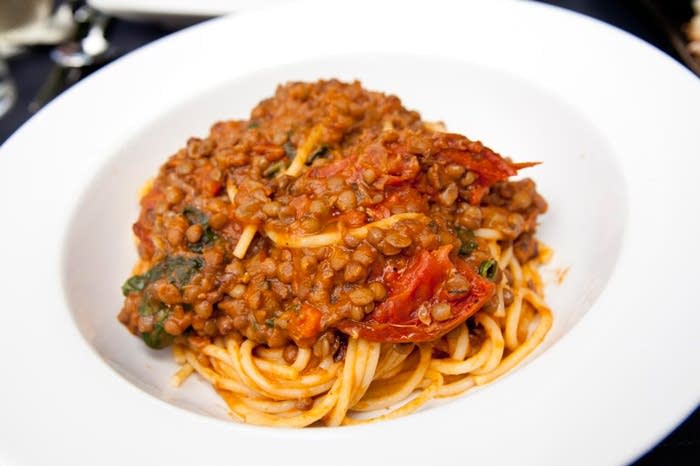 Carlo Mastroberardino, of Avellino's Mastroberardino Wines, says that when he was a boy, his mother made this dish so often he can barely look at lentils anymore. Despite his personal protest, it is one of the most beloved and typical dishes of Campania, where, based in Atripalda (province of Avellino), the Mastroberardino family has been making wine since the 1500s.

Carlo, who in his early thirties gained control of the company with his father, Antonio, says his mother, an elementary school teacher, always made it on Fridays when he and his brother were growing up, using a pasta mischiata (or pasta mista) of the different shapes of macaroni left in the boxes and bags in her pantry. Capellini, also known as capelli d'angelo (angel's hair), broken into 2- or 3- or 4-inch lengths, is another possibility and one many people prefer, if only because the very thin pasta cooks so quickly. Be warned: This is not soup. It should be very thick and it is eaten with a fork.

From Naples at Table: Cooking in Campania by Arthur Schwartz. Copyright 1998 HaperCollins Publishers.