Often, salt pork and bacon are confused. Salt pork is simply salted pork belly; it looks like side or slab bacon, but it's not smoked. Salt pork used to be readily available, but it isn't today, as I discovered when I went to buy some. Frustrated, I decided to make my own.

It is very easy: just rub a piece of belly with a spiced salt and leave it for several days in the refrigerator. The salt rub flavors the belly and draws out some of the moisture, making it firmer. The longer you leave it in the salt the saltier it becomes, so, by making your own, you can control the saltiness. As with making any cured meat, however, this recipe takes time, so plan to make the salt pork ahead. It can be kept, refrigerated, for up to two weeks. Since weighing the salt is necessary for an accurate measurement, you'll need a scale to make this recipe.

Salt pork is an essential ingredient in chowders and Boston-style baked beans. It's also great to have on hand because, just like bacon and pancetta, it adds nice flavor and fat to a dish.

1. In a small bowl, mix the salt, sugar, juniper berries, peppercorns, bay leaves, and quatre épices. Rub all the surfaces of the pork belly with the mixture. Sprinkle a thin layer of the salt mixture in a glass dish, and place the pork belly on top, skin side up. Sprinkle the pork with a little more of the salt mixture, setting aside any that remains. Cover the pork with plastic wrap and refrigerate for 2 days.

2. Remove the pork from the refrigerator and pour off and discard any liquid in the dish. Turn the pork over and rub with the remaining salt mixture. Cover and refrigerate for another 2 days.

3. Rinse all the salt mixture off the pork and dry well with paper towels. Wrap the pork in cheesecloth and store in the refrigerator for up to two weeks.

Tip: You can slice the belly thinly and fry the slices like bacon, or use it for flavoring, as you would side bacon, for a salty pork taste without the flavor of smoke. Taste a slice of salt pork before using it to determine just how salty it is. If you want to reduce the salt, soak it in water for a few hours, changing the water regularly, or blanch it in boiling water for a few minutes.

Note: Quatre épices is a French seasoning mix that varies according to the whim of the producer. Commonly it is a mix of white pepper, nutmeg, cloves, and ginger, but cinnamon and allspice may also be included. Although it does not have the same flavor, ground allspice can be substituted. 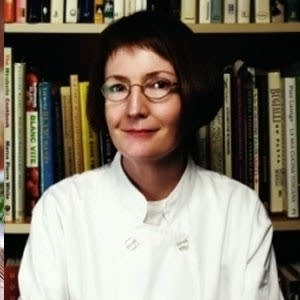